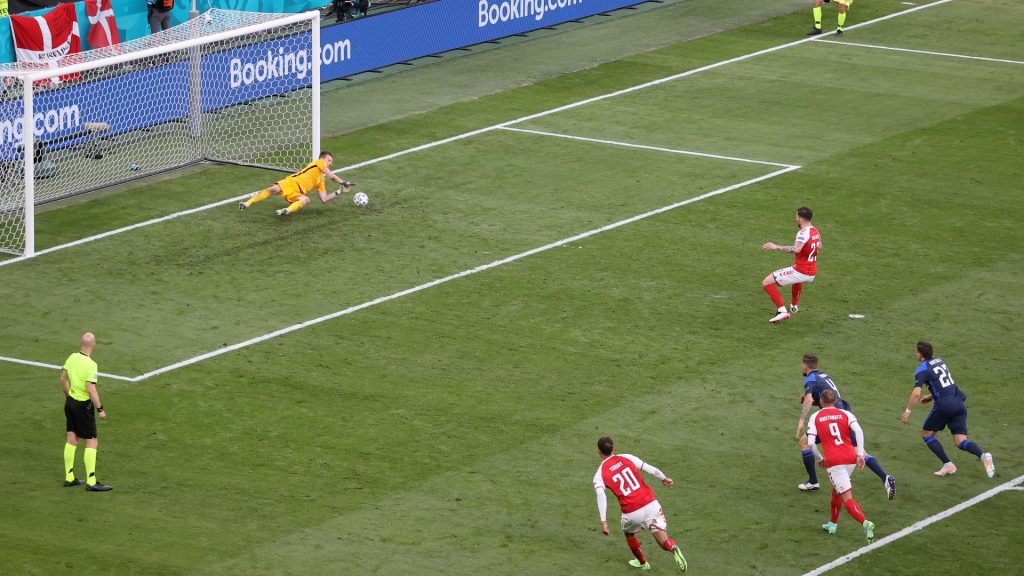 Emotionally-drained Denmark lost 0-1 to Finland in the European Championship (Euro2020) Group B opener at Parken Stadium in Copenhagen on Saturday evening.

However, what mattered the most was that Denmark playmaker Christian Eriksen, who had collapsed during the Group B match, is stable in hospital.

Eriksen collapsed unchallenged towards the end of the first half and paramedics made subsequent frantic efforts to save his life.

The 29-year-old was unconscious for minutes on the pitch as players from both teams wept and fans followed suit in the terraces.

The Inter Milan player was eventually rushed to hospital for further treatment while UEFA announced the suspension of the game due to the ‘medical emergency.’

With news filtering in that Eriksen was conscious and in stable condition, UEFA allowed the match to restart an hour later.

When play restarted, Finland scored in the 60th minute through Joel Pohjanpalo who drove his header past the palms of Denmark goalkeeper Kasper Schmeichel.

In reaction, Pohjanpalo celebrated with respect after scoring what turned out to be Finland’s first ever goal at a major tournament.

The Danes had a chance to restore parity in the 73rd minute but Finland goalkeeper Lukas Hradecky dived low to stop Dolberg’s penalty.

The hosts pushed for a leveler but Braithwaite had his goal-bound effort cleared off the line. Soon, the match ended.

The championship kicked off officially on Friday when Italy defeated Turkey 3-0 in a Group A match played in Rome.