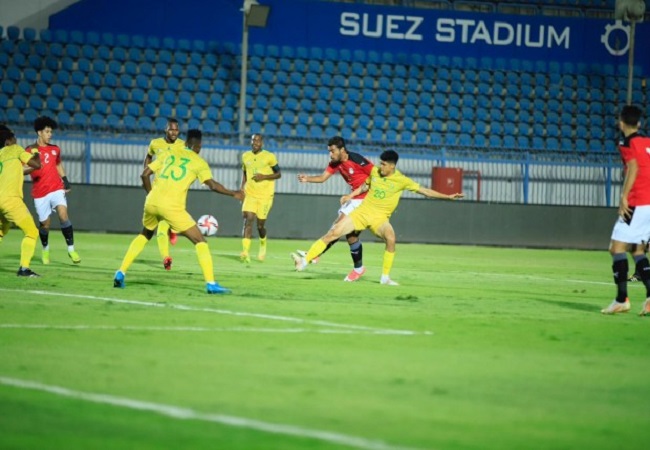 South African and Egypt U-23 teams continued their preparation for the Olympic Games. For their friendly games, Egypt’s U23 team claimed their second victory over South Africa in three days. The Pharaohs crushed their opponents 3-0 on Sunday in a warm-up game for next month’s Olympic Games in Tokyo.

Striker Ahmed Yasser Rayyan, who plays on loan at Ceramica Cleopatra from Cairo giants Ahly, netted twice in Suez. And Salah Mohsen was also on target in three first-half minutes as Egypt secured a comfortable victory in Suez.

Rayyan intercepted a poor pass from South Africa’s keeper in the area to fire home into an empty net on 17 minutes.

He scored again two minutes later after another dreadful blunder, robbing a defender to break clear and slot home with aplomb.

Ahly winger Mohsen added a third in the 22nd minute with a superb curling shot from a tight angle to finish off a flowing move.

Egypt eased off after the break. But coach Shawky Gharib will take heart from an efficient display from Rayyan, who can now stake his claim for a regular place after reports suggested that Turkish side Galatasaray would not release Mostafa Mohamed for the Olympics.