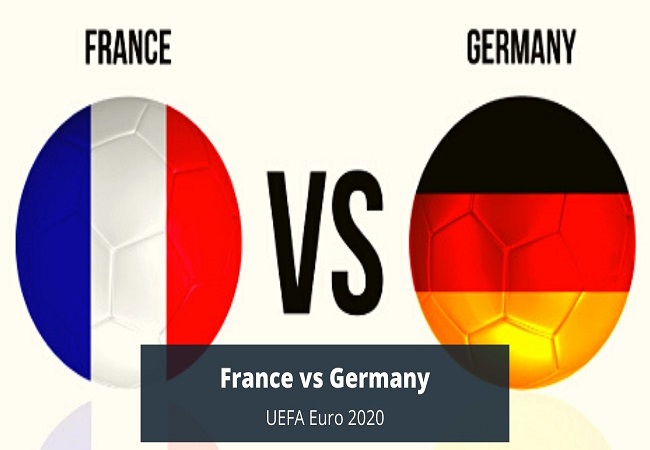 Germany and France will face off in Munich for their opening Group F matchup in Euro 2020. The mouthwatering showdown will kick off at 19:00 GMT at the Allianz Arena on Tuesday night under the management of the Spanish referee Carlos del Cerro.

France managed to sign off their friendly preparations last week with a pair of thumping 3-0 victories against Wales and Bulgaria. And it is no secret that the defending world champions are tipped as the standout contender this summer. Managing to build off of their success out in Russia three years ago, Les Bleus will be hoping to lay down a real marker on foreign soil.

Mustering back-to-back wins against Bosnia-Herzegovina and Kazakhstan when finishing March’s World Cup qualifiers, Didier Deschamps’ side have won each of their last four matchups on the bounce. Welcoming back Real Madrid star Karim Benzema to their squad for the first time since 2016, their long-standing boss will also be excited by his side’s continued displays on the road.

Including a 1-0 win when they faced off against defending European champions Portugal in the Nations League back in November, Tuesday’s guests have won each of their last eight fixtures on foreign soil, conceding just a single goal.

In a real boost for France, Karim Benzema has returned to training with his teammates after shaking off a dead leg he suffered in a friendly meeting against Wales last week.

Both Antoine Griezmann and Raphael Varane have also been given the green light to feature after overcoming some small knocks.

As for Germany, while The Whites might open Tuesday’s showdown as the guests on paper, there is no doubt that the former world champions should be backed by some noisy home support. With it already confirmed that Head Coach Joachim Löw will stand down at the end of this summer’s tournament, their soon-to-be departing boss would have been glad to see his side land a much-needed victory last week.

Signing off their preparations with a thumping and expected 7-1 romp against Latvia on home soil, Germany are still trying to fully bounce back from that infamous defeat in Duisburg earlier this year. Left stunned as they watched North Macedonia pick up a shocking 2-1 victory back in March’s World Cup qualifiers, Löw’s side have gained a reputation for their extended inconsistencies.

Including that woeful 6-0 drumming at the hands of Spain nine months ago, Nationalelf have won just six of their last 13 matchups across all formats.

As expected Jonas Hofmann will miss out on Tuesday night with a knee injury. And he could be joined on the sidelines by Leon Goretzka.

Making a scoring return to international duties against Latvia last week, Bayern Munich forward Thomas Muller looks set to get the nod at his home ground.