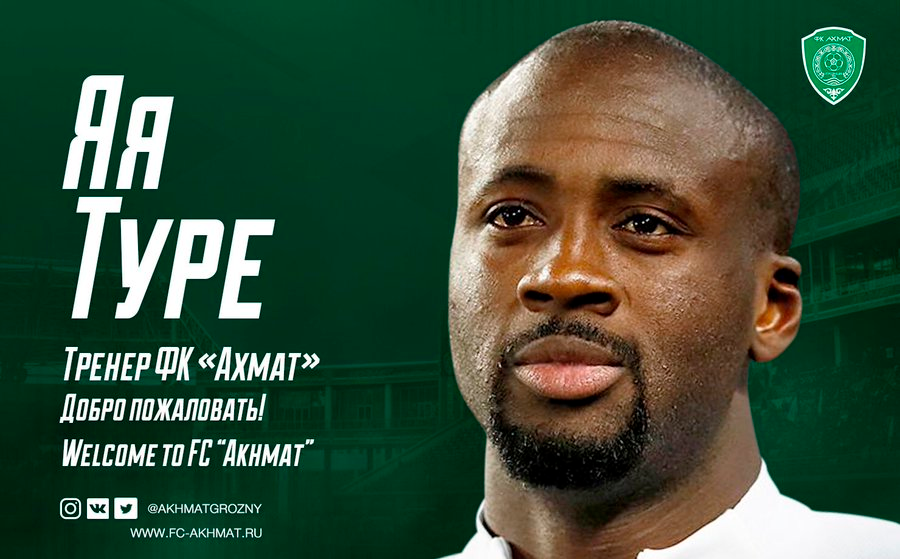 Russia Premier League club FK Akhmat have confirmed the appointment of Yaya Toure as assistant manager.
Toure who started his coaching career with Olimpik Donetsk was handed a one-year deal that will see him at the Akhmat Arena for the 2021-22 campaign.
The four-time African Player of the Year winner is now expected to assist Andrei Talalayev in the dugout.

The club in a statement on its website wrote;
“Former footballer Yaya Toure has joined the coaching staff of the Thunderbirds. Head coach Andrey Talalaev will determine his duties as an assistant.
“The contract with the specialist is calculated until the end of the 2021-22 season.
“Yaya has played for teams such as Beveren, Metalurh Donetsk, Monaco, Olympiacos, Barcelona and Manchester City.
Tours, 38, made with 101 appearances for Cote d’Ivoire and spent eight memorable years at City between 2010 and 2018, winning three Premier League titles, two League Cups, and the FA Cup.
He last played for Qingdao Huanghai in the Chinese League One where he helped them earn a promotion to the Super League after winning the Second Division title.
After leaving China, the Ivorian was in transfer talks with Botafogo but he turned down a move to the Brazilian club due to family reasons.