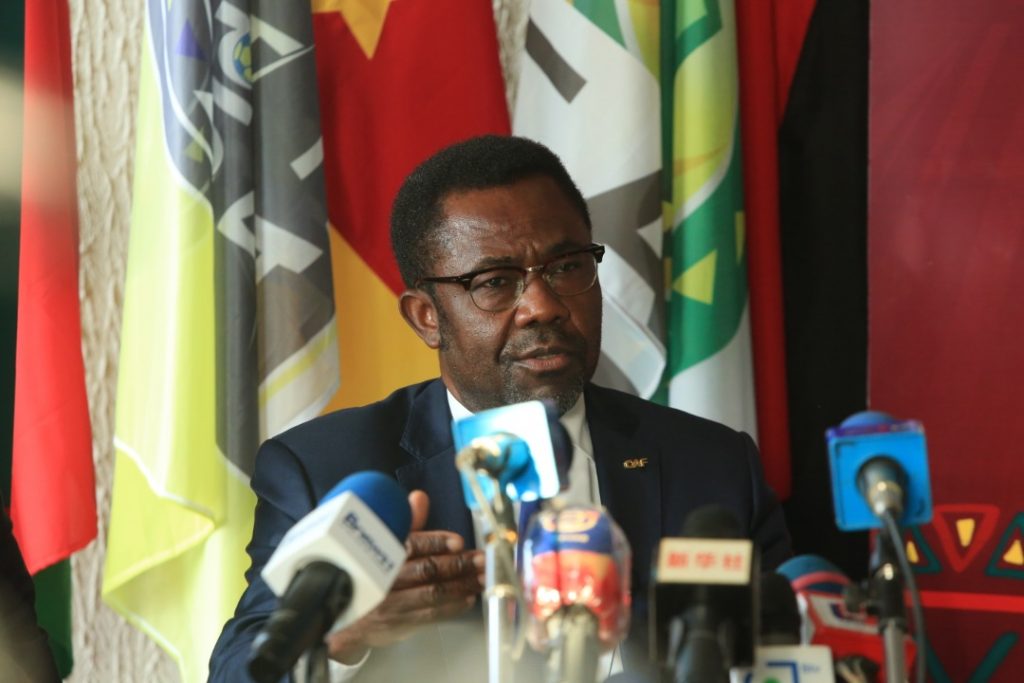 He said, “We are here for a working session to achieve an unprecedented AFCON tournament.
“We are working on rescheduling the draw for the second week of August.”
The opening of the new CAF office  is in line with CAF’s promise of providing both technical and on-site support in the next few months to Cameroon in the build-up to next year’s flagship tournament.

Mosengo-Omba together with Minister of Sports, Prof. Narcisse Mouelle Kombi and FECAFOOT President Seidou Mbombo Njoya commissioned the new office.
Situated in the COCAN building, the office will be operating from today until after the 2021 TotalEnergies Africa Cup of Nations in Cameroon next year.
CAF staff will work closely with the Local Organising Committee in various departments and deliverables.