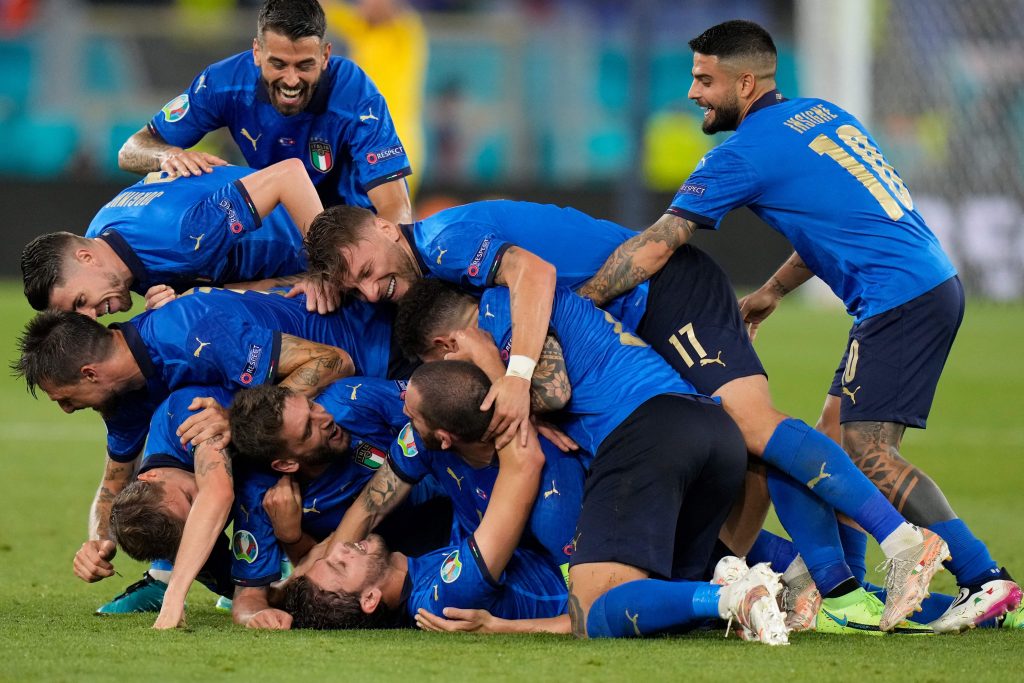 Italy became the first team to reach the knockout stage of the Euro 2020 following a stunning 3-0 win against Switzerland.
The Azzurri who began the competition with a 3-0 win against Turkey continued their impressive performance under Roberto Mancini.
With Wales 2-0 win over Turkey in the first Group A game, Italy knew a victory will save them the last minute struggle for qualification.
Manuel Locatelli was the hero for the day as he scored a brace to extend Italy unbeaten run to 29th games without conceding.
Captain Giorgio Chiellini thought he had broke the deadlock when he was denied by Yann Sommer in the 19th minutes.

However, his goal didn’t stand as the referee consulted the  VAR before it was decided Chiellini withdrew almost immediately for Francesco Acerbi.

In the 29th minute, Manuel Locatelli broke the deadlock Locateli found himself unmarked 20 yards from and he scored to make it 2-0

Lorenzo Insigne put an icing to the cake as he scored the third goal.

Italy could have been forgiven had they simply defended their advantage, but had doubled their lead within six minutes of the restart.