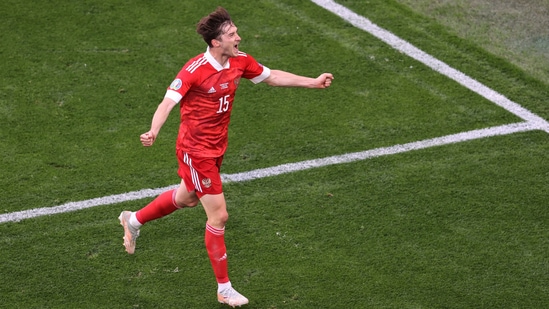 Russia put their European Championship campaign on track with a 1-0 win over Finland on Wednesday afternoon.

Aleksei Miranchuk scored the lone goal of the game late in the first-half to overcome Finland.

The Group B clash took place at Saint Petersburg where the two teams came with contrasting fortunes.

Finland came into the match with a spring in their step after having stunned Denmark 1-0 on Sunday in Copenahagen.

On the other hand, Russia are smarting from a 3-0 loss to Belgium on the same day.

A win for Finland could have have seen them progressing to the next round.

While Finland were favouries on paper, it was the Russians who went ahead when Miranchuk found enough space and time to score late with a curling strike.

In the second half, Finland worked over time with Pukki of Norwich City pressuring Russia’s defence with running and tireless effort.

On the other hand, Russia came close to doubling their lead when Miranchuk found Zhemaletdinov inside the penalty area on the left.

However, the shot of Zhemaletdinov flew beyond the attentive O’Shaughnessy and Finland goalkeeper Hradecky’s far post. That proved to be the best last chance.