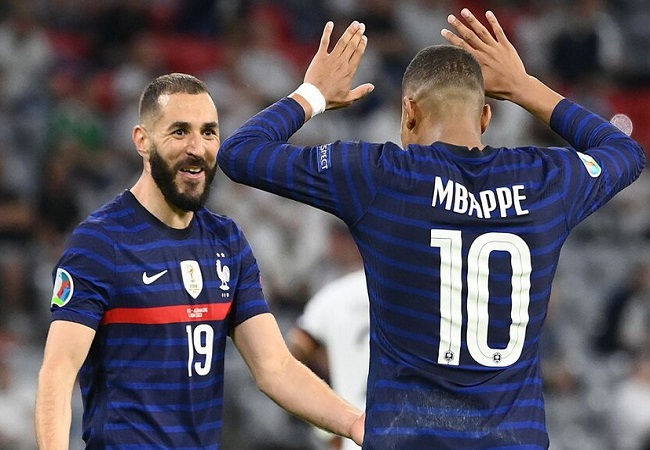 France deserved the win, with both Kylian Mbappe and Karim Benzema having second-half goals disallowed for tight offside calls while Adrien Rabiot also hit the post for Les Bleus.
“I knew my players would be ready. And they were up for the fight.” France coach Didier Deschamps told broadcaster M6.
“It’s our first match. But this is a game that could have been a semi-final or a final. And to take these three points in a group like this was important.” Continued the coach.

The win was savoured by a small band of French fans among the crowd in the Allianz Arena. Attenders that was limited to just 20 percent of capacity because of Covid-19 restrictions.

It was also enjoyed by fans back home in France who packed into bars to see their team kick off their bid to add the European crown to the World Cup they won in Russia three years ago, despite the game ending just before the 11:00 pm nationwide coronavirus curfew.

Germany’s defeat turns up the pressure on them in what is coach Joachim Loew’s last tournament in charge before he steps down.
“France have shown they are one of the favourites. And now, we have to prove that too in the next game.” Germany’s Joshua Kimmich said.