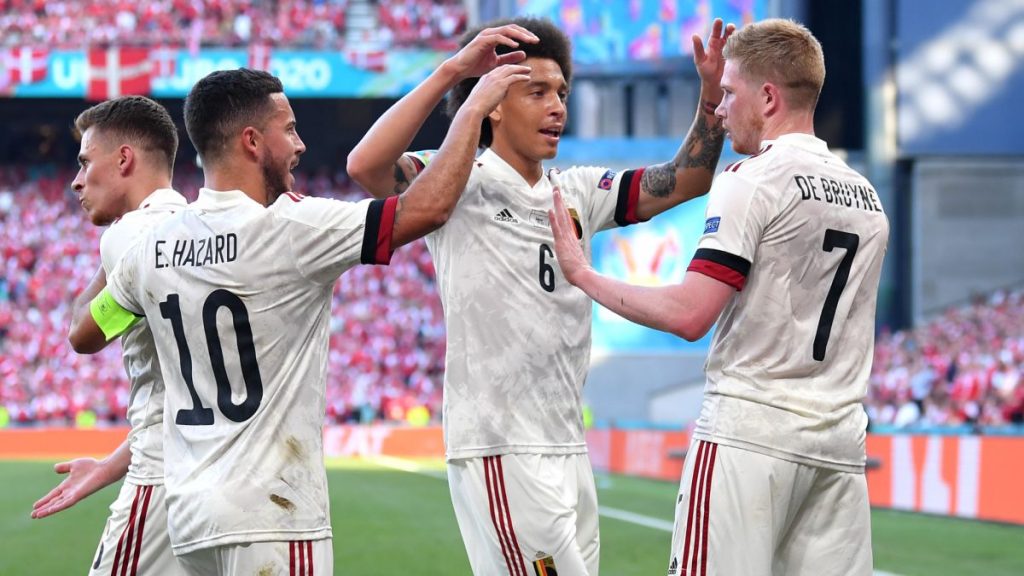 Belgium have boosted their place for the Euro 2020 round of 16 after defeating emotionally affected Denmark (2-1) with Kevin De Bruyne scoring the winner for the Red Devils.

The game was marked by the minute applause to Christian Eriksen who is still in hospital and more even by the quick opener from the Danish side as Yussuf Poulsen found the back of the net in the second minute.

The Belgians struggled along the way to equalise but they have faced a disciplined team defensively and who were playing their survival in the tournament.

However, Kasper Hjulmand’s men finished by conceding a goal in the 54th minute as Thorgan Hazard levelled for Belgium.

The winner came from the man who was playing his first Euro 2020 game, Kevin De Bruyne who as a second half substitute, in the 70th minute as he scored himself after assisting Thorgan Hazard;

Belgium will continue the adventure while Denmark are already eliminated no matter what they will make as a result in their final game against Russia.