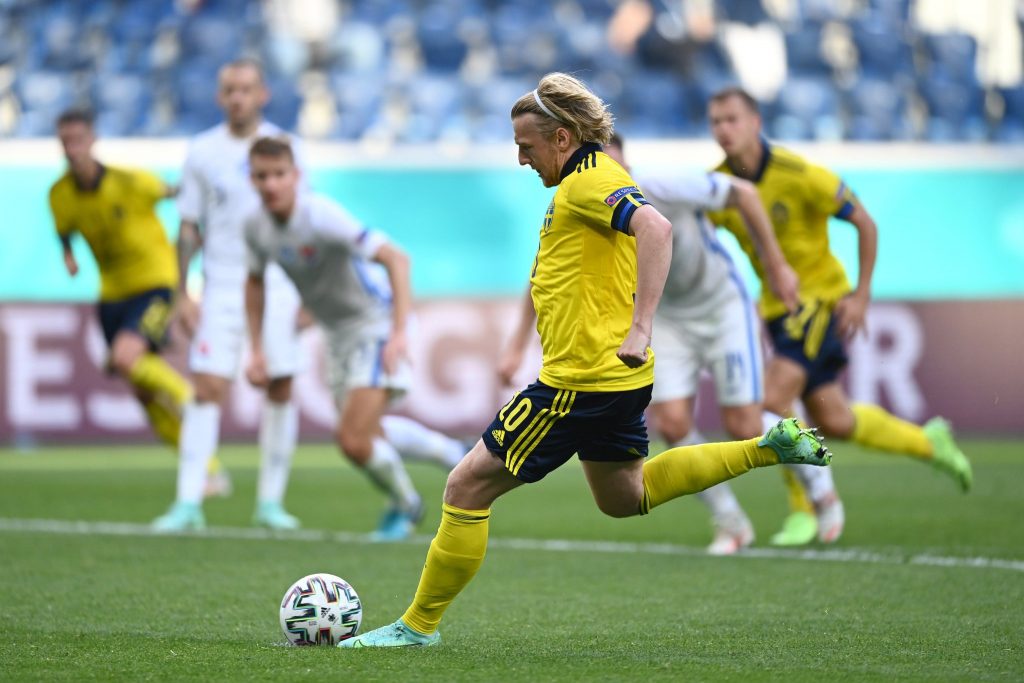 Sweden forward Emil Forsberg said their mental strength was what made the difference in their 1-0 victory against Slovakia.
Forsberg scored from the spot in the 77th minute after Slovakia defender Martins Dubvraka tripped on Robin Quaison.
The victory saw Sweden moved to top of Group E in their first win of the UEFA  Euro 2020.

Read Also: Euro 2020 : Goalless Draw For Spain Against Sweden In Their Opening Game

Speaking with SVT after the victory, Forsberg said they were better off in the second half and expressed delight over the victory.
He said, “It feels amazing. I am extremely happy. It’s very nice to win.
“We only played half a first half but were better in the second.
“We know we’re mentally strong.
“It was a fantastic piece of play from Quaison that led to the penalty.”
The RB Leipzig forward became the first Swedish player to score at a EURO since Sebastian Larsson in 2012.
It was also the Blågult’s first victory at a EURO finals since the win against France in 2012, and their sixth in 22 EURO finals games overall.

They have now netted 26 goals at EURO final tournaments, with 23 of those coming in the second half of their matches and just three strikes in first halves.

In the same vein, Sweden coach Janne Andersson praised his players for their performance.
He said, “It’s good to have four points after two games.
“We’ve played seven games this year and conceded just one goal.
“Our attack deserved more today, they were fantastic at times.”
Sweden will tackle Poland in their last group game while Slovakia will play Spain.