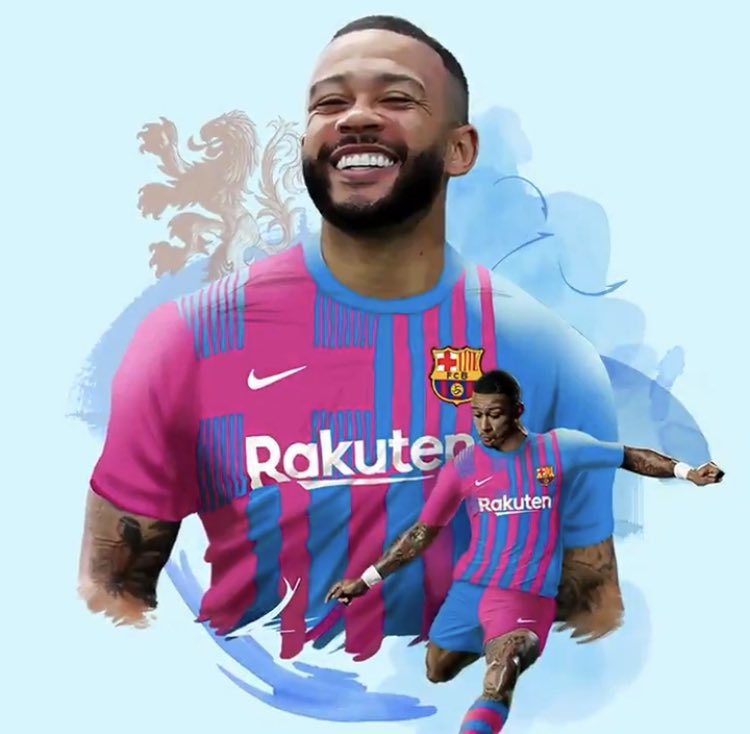 Barcelona has confirmed the signing of Memphis Depay from Lyon on a two years deal.

Depay joined Olympique Lyonnais in 2017 after he struggled to make his mark in Manchester United.
The player is currently playing in Euro 2020 with the Netherlands who have already booked their place in the knock out stage.

Barcelona in a statement on their website wrote;
“Barcelona have reached an agreement for the player to join the Club once his contract with Olympique Lyonnais is at an end.”
“The player will sign a contract until the end of the 2022/23 season.
Barcelona have immediately set his  €500 million.