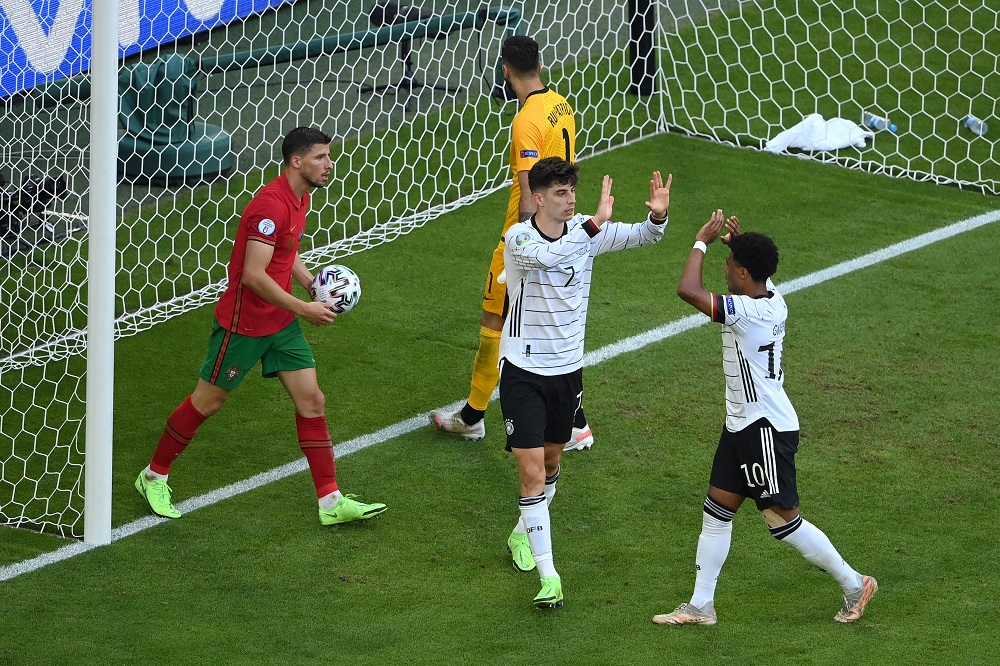 Germany stunned holders Portugal in their second Euro 2020 game as they came from a 1-0 loss to beat the Seleçao 4-2 on Saturday afternoon at Allianz Arena.

The Portuguese side was the first to score as Ronaldo netted the opener for his team in the 15th minute.

However, a misunderstanding in the defence led to an own goal of Manchester City defender Ruben Dias who unfortunately scored the equalizer for the Germans (35th minute).

Read more : I’m not overjoyed with the result but I’m satisfied – Deschamps

Both sides went to the locker room with that 2-1 for Germany who will make it three through Chelsea star Kai Havertz who became the youngest scorer ever in Euro history.

Diogo Jota pulled one back for Portugal in the 67th minute but it was insufficient to catch up a very strong Germany team.