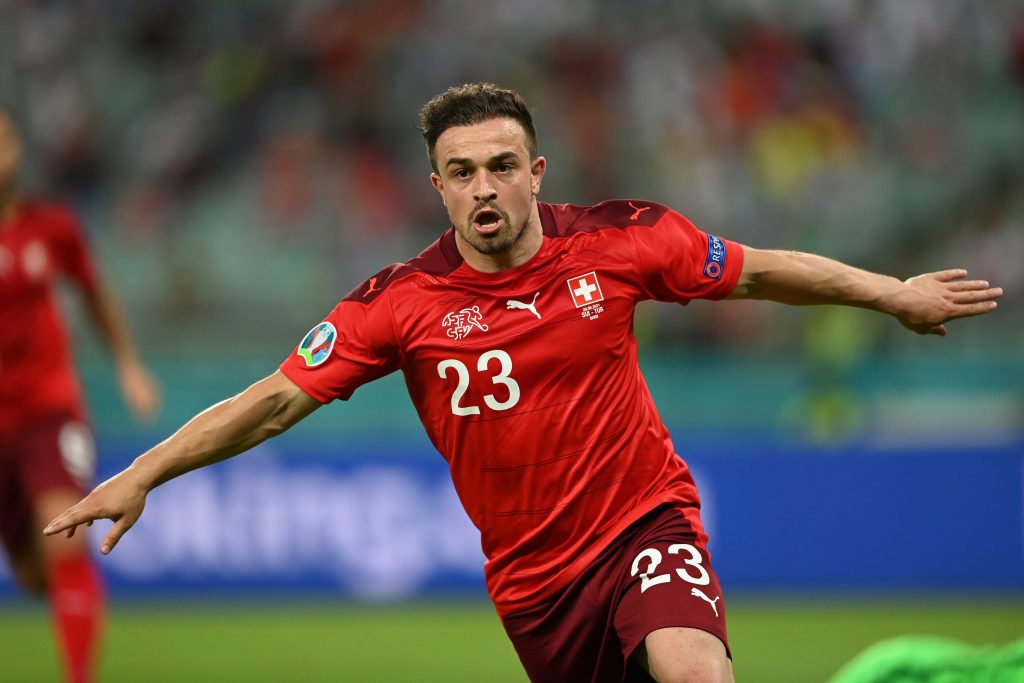 Liverpool winger Xherdan Shaqiri inspired Switzerland to their first victory in this Euro 2020 as he scored twice to help his side win 3-1 against Turkey at Baku Olympic Stadium on Sunday.

The Swiss side made a good start to the game as the opener came after just six minutes of play with Benfica Lisbon’s striker Haris Seferović being the author.

Liverpool star Shaqiri scored the second goal for his side in the 26th minute through a wonderful right foot strike outside the penalty area.

That 2-1 lead for Switzerland was the scoreline until half-time with a Turkish team who deceived all along the tournament.

However, they pulled one back in the second half as Fenerbahçe’s central midfielder Ifan Kahveci scored the reducer for the team of Petkovic.

But it could not stop the strong hunger of Shaqiri whos cored his second goal to secure a 3-1 win for his nation.

Switzerland will have to wait until the end of the group stages to see whether they can play the round of 16 as they finished third of group A with four points.

Turkey on the other hand are making their way back to home after losing all of their three games in the tournament.