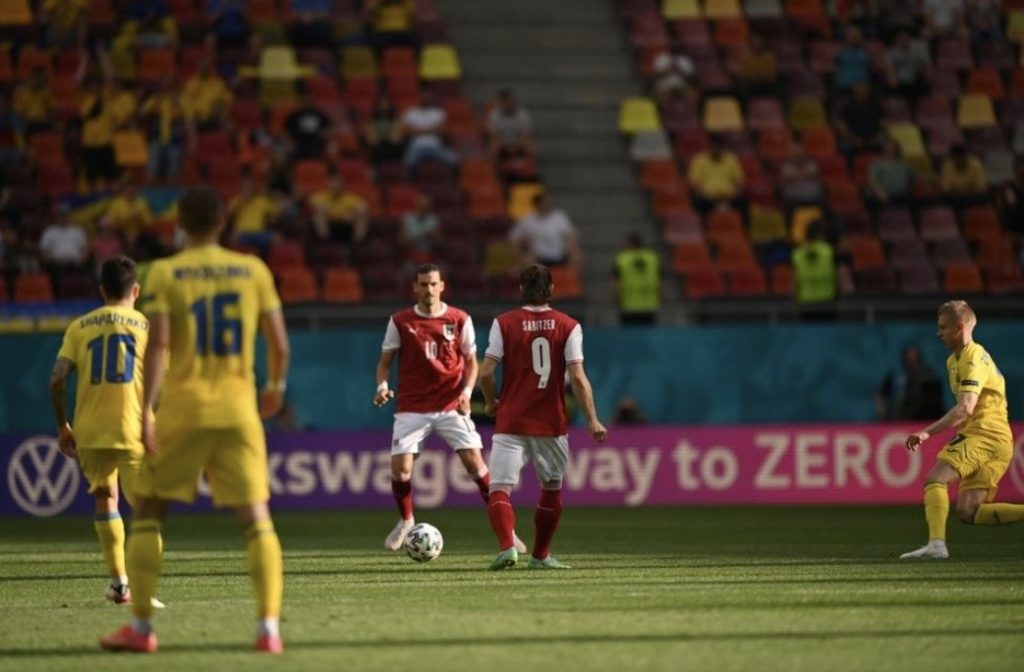 Austria progressed to the knockout stage of the European Championship after dispatching Ukraine 1-0 on Monday evening.

Austria finished on second place with six points, three points behind leaders Netherlands who are also through after beating North Macedonia 3-0 on Monday.

For Austria, Baumgartner toe-poked the ball into the net from close range after meeting captain David Alaba’s corner-kick.

Austria nearly doubled the advantage when Austria broke quickly from a Ukraine corner.

During the counterattack, Schöpf raced down the right before squaring the ball to seasoned striker Arnautović, who unbelievably placed his effort wide with the goalkeeper just to beat.

In the second-half, Austria suffered a blow when Baumgartner left the pitch injured after clashing heads with Zabarnyi of Ukraine.

Alessandro Schopf replaced the goal scorer for Austria and there were not to be more goals.

Ukraine remain on third place with three points from three games and are out of the running.

Ukraine started the campaign with a loss to Netherlands before making amends by beating North Macedonia.

On the other hand, Austria lost to Netherlands then beat North Macedonia.