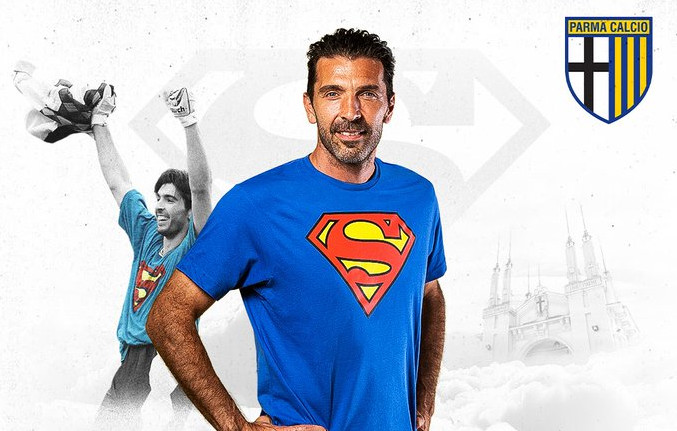 Gianluigi Buffon has revealed the reason why he decided to rejoin his boyhood club Parma in Serie B.

Buffon made a shocking return to Parma after 20 years and was unveiled by the club on Tuesday night.
The former Juventus safest pair of hands said as a way of giving back to the club that molded him into stardom he wants to help them back to Serie A.

The veteran while speaking admitted that playing in Serie B is a herculean task.

“Parma helped me on the way up,” Buffon said at his unveiling on Tuesday night.

“Now it’s time to help the club get back to where they belong.”

“I know how tough Serie B is because I’ve played in it,” Buffon said.

“Even though we [Juve] ended up cruising to victory it took us at Juventus 10-15 games to settle in the second tier.

“We drew lots of games or won them by the odd goal.”