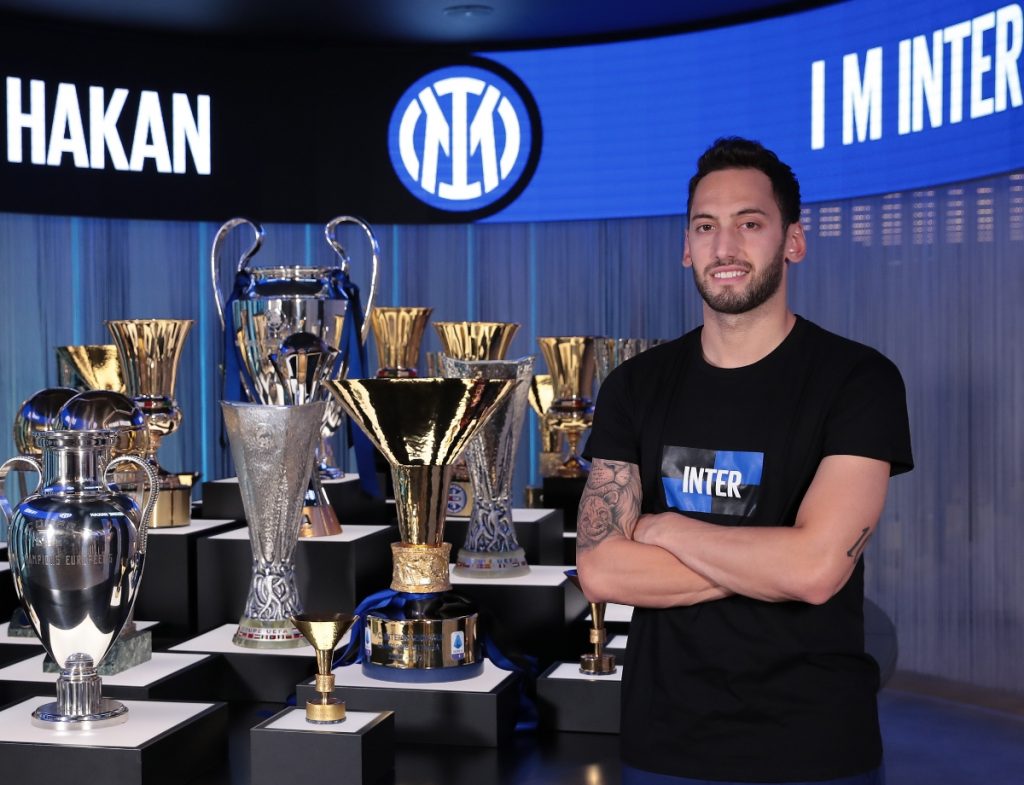 FC Internazionale Milano new signing Hakan Çalhanoğlu said he is ready to win the Serie A title with the club and do great in the UEFA Champions League.

Calhanoglu joined the Nerazzurri for a three years that will last until 30 June 2024.
The Turkish midfielder in an interview with the club official media for the first time introduced himself to all the fans and shared his first impressions after his arrival at Inter.

Read Also: Buffon Reveals Reasons Why He Returned to Parma After 20 Years

“It’s a great thing, we know that Inter are a great team, a great club with a nice atmosphere, and great fans.
“I’m very happy to be here, I’m going on vacation now, but I already have good feelings.
“We want to win the Scudetto this year too, so we’ll see”.
With Simone Inzaghi as Inter new manager, the Turkish midfielder said he has already been in touch with the manager.
“Yes, we have already spoken, I know his game system, the 3-5-2 which can change into a 3-4-1-2 depending on the situation.
“I really like how he spoke; I have heard many positive things.
“There are great objectives, which is important because I also want to win something in Italy”.
On what he would add to the already studded Inter Milan midfield, Çalhanoğlu said he need to work hard.
“Both of these things. You need to work and sweat, a jersey isn’t something which is just given to you.
“You have to work hard: if you do this and really dig in, opportunities will always arrive”.