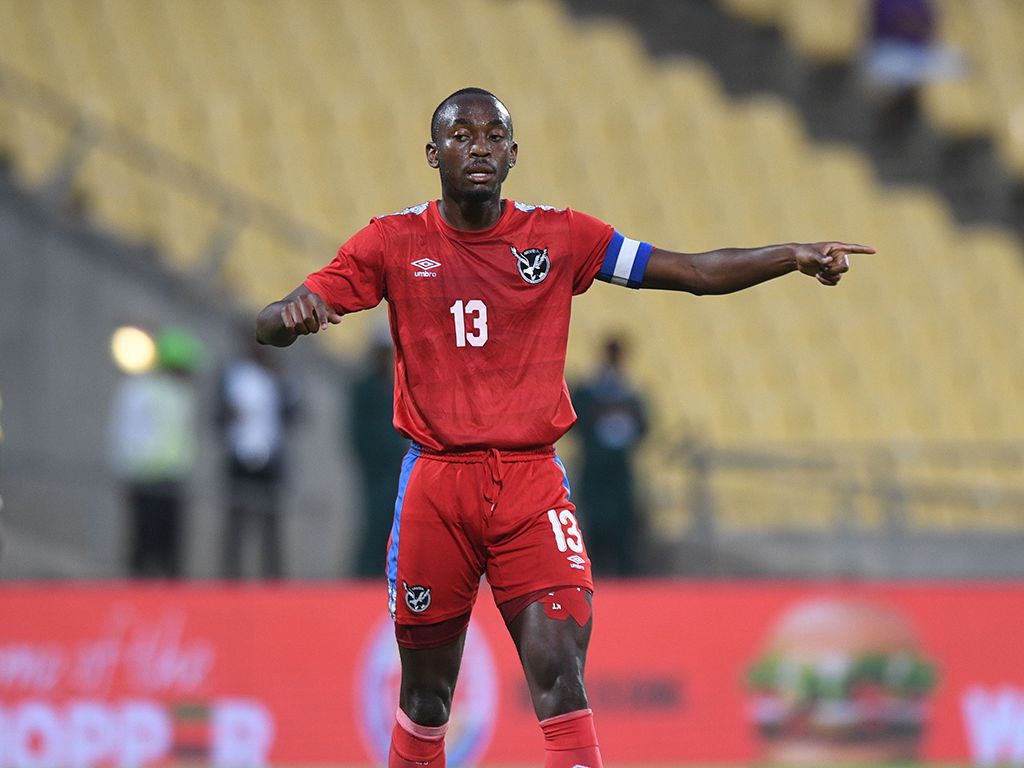 Leading marksman Peter Shalulile has been excluded from Namibia’s Brave Warriors squad for the forthcoming Cosafa Cup due to an injury.

The Mamelodi Sundowns striker was the notable exclusion on Monday when Brave Warriors coach Bobby Samaria released a provisional 35-man squad for the regional tournament.

Namibia Football Association website quoted Samaria saying he considered the expected Covid-19 tests and availability of the foreign-land based players when naming the squad.

“This squad sends a message of no complacency to all players. It’s a squad with depth and that is key. You have your Covid-19 tests and also the professionals will start with their pre-season at their respective clubs and we need to ensure that our plans works out at all costs in case they not released,” Samaria is quoted saying.

The coach also said he considered the fact that football remains on break in Namibia due to the Covid-19 restrictions.

“By the weekend or so depending on the flights availability, we should be gone to start with training. We will be facing great competition at Cosafa Cup and we have to prepare thoroughly,” Samaria told the website.

At the Cosafa Cup, Namibia are in the same tough Group C with guests Senegal, multiple winners Zimbabwe and Mozambique.

The coach said he was wary of tough opponents, Senegal and Zimbabwe.

“The association confirmed our participation for us to go and compete. Senegal expressed interest because we face them in World Cup qualifiers later this year. We need to be prepared as well. Zimbabwe is always strong and Mozambique have become our arch rivals, so it will be a good competition for us,” Samaria added.

The Brave Warriors will use Cosafa Cup to fine tune for World Cup qualifiers for Africa having been drawn in Group H comprising Senegal, Togo and Congo-Brazzaville.