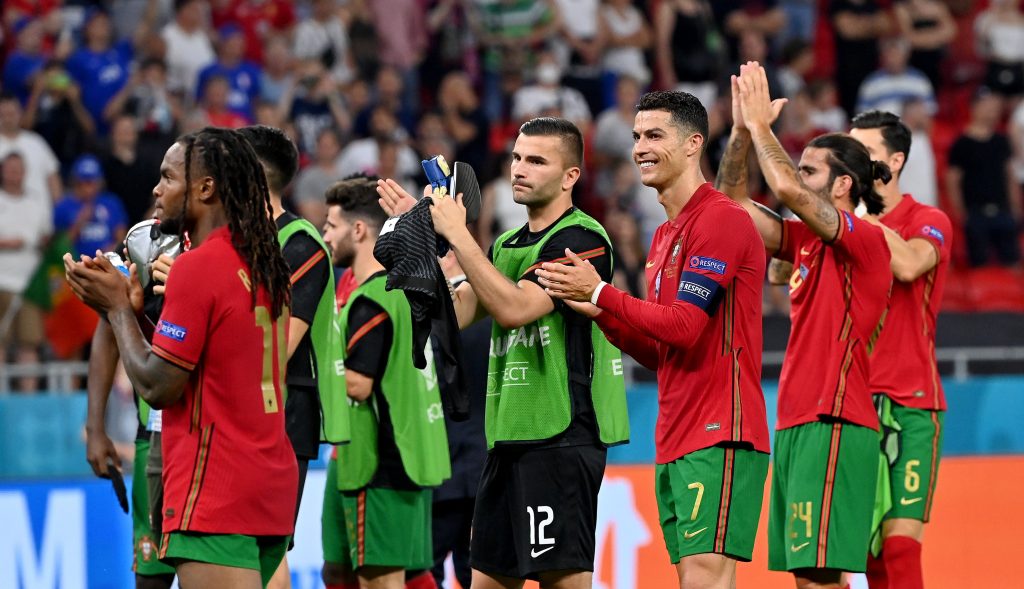 Portugal face a Herculean task of defending their Euro title as they have been draw against high flying Belgium in the round of 16.
The Selecao played a 2-2 draw against World Cup defending champions France in their last Group F game.
Cristiano Ronaldo scored twice from the spot as Karim Benzema also bagged a brace to help France finish as Group F leader.

Portugal finished one of the best losers in the group stage which was a life line for them to continue their quest to retain the Euro title which they own in France on 2016.
Erstwhile, England got a tough opponent in the round of 16 as they will trade tackles with Germany.
Italy who are yet to concede a goal in the Euro 2020 will take on Austria while Luka Modric’s Croatia will play against Spain.