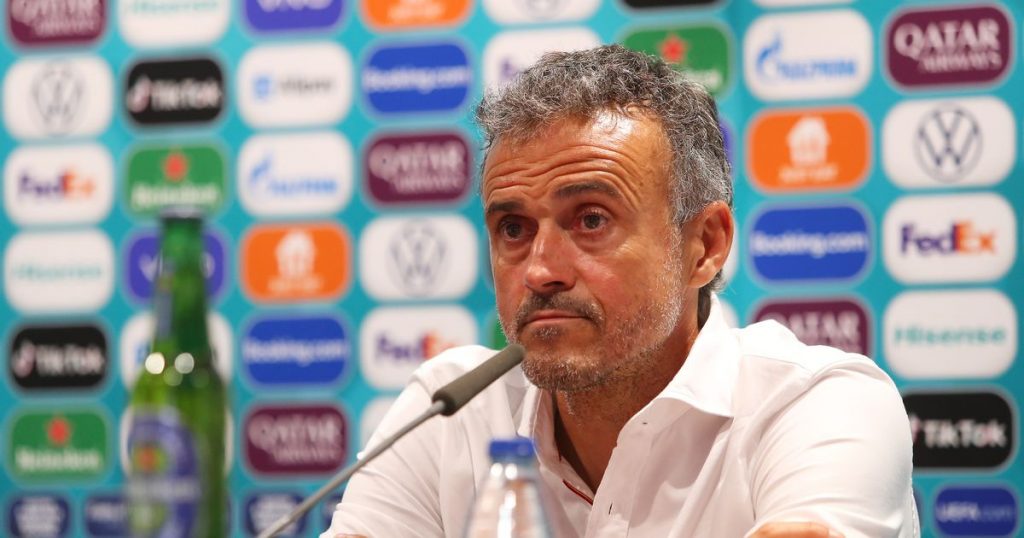 Spain head coach Luis Enrique said there is still much to improve despite booking their place in the round of 16 in the Uefa Euro 2020.
The La Furia Roja thrashed Slovakia 5-0 in their last group game to finish second behind Sweden in Group E.
An own goal by Martin Dubvraka and Aymeric Laporte in the first half set Spain on a rollercoaster.

Paolo Sarabia, Ferran Torres and a Juraj Kucka’s own goal in the second half ensured a smooth sail for Spain.
The win equaled the competition’s final tournament record margin of victory.

Speaking after the game Enrique said, “Not every single thing came off for us but I’m satisfied because we made the fans enjoy themselves and my players are very happy with what they did.

“The atmosphere was superb and we now can’t wait for the next match.
“I warned everyone that when the cork was out of the bottle the champagne would flow and that’s what happened here.
“But we have things to improve, for sure.”
Spain will now meet Croatia in the round of 16.