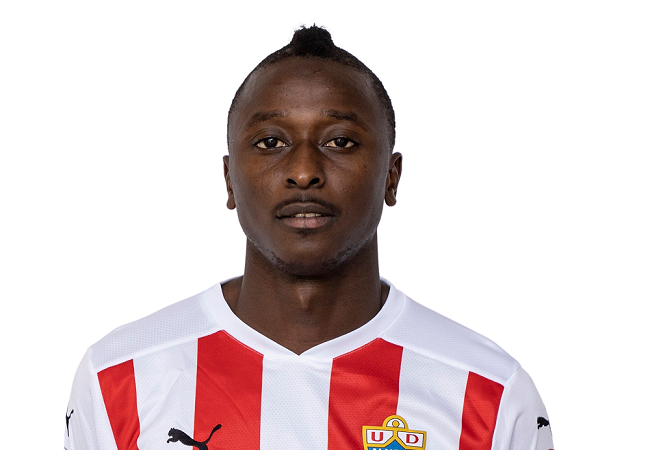 Umar Sadiq is highly in demand after scoring 22 goals with seven assists in all competitions for Almeria last season. And Brighton and Bayer Leverkusen have joined the race to sign former Nigeria U-23 striker.

The 24-year-old joined Almeria from Partizan Belgrade in October. Sadiq had already scored six goals for Partizan before joining the Spanish side for €5m.

But with Almeria failing to secure promotion into La Liga, Sadiq is expected to leave this summer. Sevilla lead the race for his services while Getafe have had a €16m bid rejected.

However, according to lacolinadenervion, Bayer Leverkusen and Brighton have now joined the race to sign the former Rangers star. But they will have to pay between €20m-25m for his services, as per sportwitness.

Although Sadiq reportedly has a release clause of €60m, Almeria are ready to let him go for less than half of the release clause.

Brighton’s interest in the former Rangers star is not surprising, given the Seagulls outscored just five teams in the Premier League last season, including the bottom four clubs.

But they still need to compete with Sevilla, who are the favourite to acquire the 24-year-old’s services.