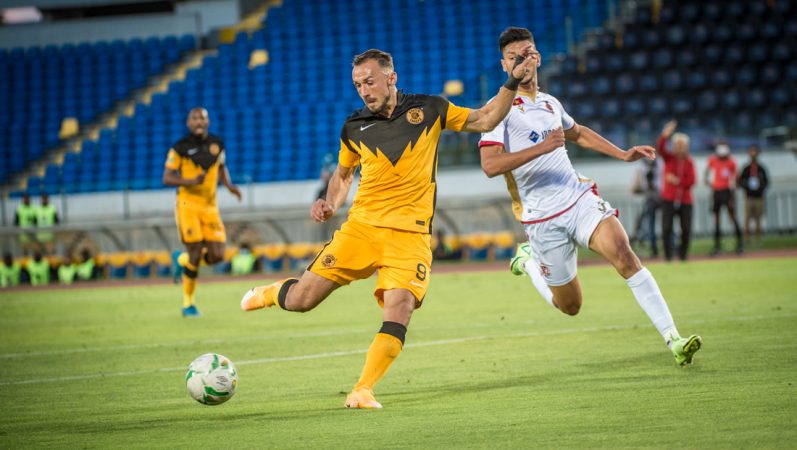 The striker has called for caution ahead of the CAF Champions League semi-final second leg tie at FNB Stadium in Johannesburg.

“It was a great team effort and I was very happy to have contributed to the victory. But we can’t be celebrating.

“It’s just half-time. On Saturday, we are playing them at home and we have to win that game as well. We have to continue with the same spirit,” Nurković told Chiefs website.

The Serbian striker’s 34th minute goal got confirmation from  the Video Assistant Referee after initially being ruled out for offside.

He has since described VAR as good for modern football after he became the first ever Chiefs players to get a goal confirmed via VAR.

“There is going to be less cheating. If it was not important, then none of the biggest leagues in the world would be using it,” Nurković is quoted saying.

“It’s a really good result away from home in the first leg of the Champions League semi-final, so we have to be happy,. It was a good effort by everyone in the team.”

Nurković has scored three goals in his last three appearances in the CAF Champions League.