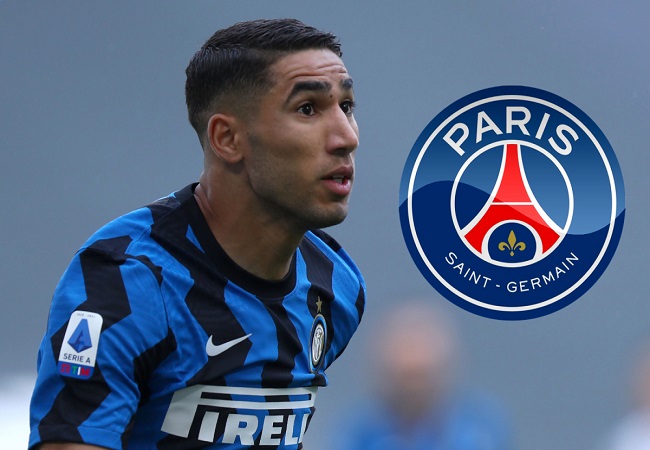 Paris Saint-Germain have reportedly beaten Chelsea to Achraf Hakimi’s signature. According to ESPN, the French club have agreed a record deal of over €70 million to sign the Morocco international from Inter Milan ahead of the 2021/22 season.

Hakimi will reportedly sign a five-year deal in Paris following a single season in Italy. Hakimi played a huge role last season helping Inter to their first Serie A title since 2010. He scored seven goals and assisted a further 10 in 37 league matches.

The 22-year-old only joined the Nerazzurri from Real Madrid in September last year. The transfer occured after he impressed on loan at Borussia Dortmund over two seasons.

Hakimi, who is set to become the most expensive full-back in the world as a result, has showcased great versatility. And he can not only play at either end of a back four but as a wing-back and in midfield as well.

Chelsea were also interested in Hakimi. But they have seemingly been out bid by the French club.

ALSO READ : PSG IN POLE POSITION TO SIGN ACHRAF HAKIMI AHEAD OF CHELSEA