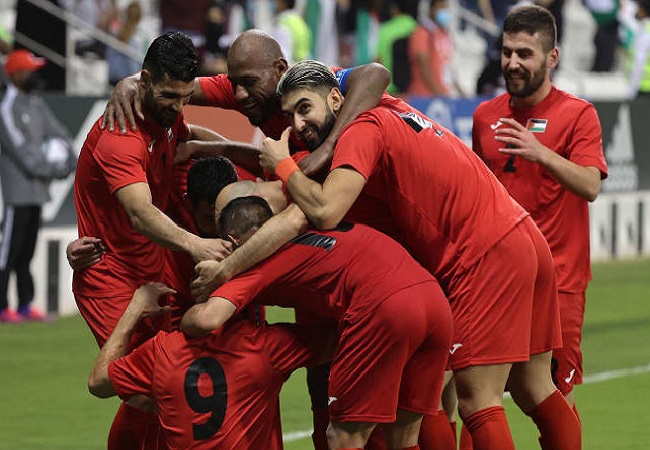 Palestine came from  behind to crush Comoros 5-1 on Thursday. They thus secured a ticket for the Arab Cup, where they’ll meet Morocco, Saudi Arabia and Jordan in Group C.

In the fifth minute, Moussa Djoumoi handed the Africans a surprise lead. And a nervy Palestine failed to muster much of a response before the half-four mark. But when Layth Kharoub tapped in the equaliser in the 34th minute there was no stopping the Palestinians.

Oday Dabbagh, Tame Seyam, twice, and Islam Batran all got on the score sheet to complete a stylish victory, maintaining their form from matches against both Yemen and Singapore, and confirm their participation in the tournament that will serve as a dress rehearsal for World Cup hosts Qatar.

At the moment, Palestine have no friendlies lined up in autumn, with the Arab Cup scheduled for the end of November and the first three weeks of December. The Palestinians will open the tournament against Morocco on December 1. They will then after meet regional powerhouse Saudi Arabia three days later. They wrap up the group stages with a game against Jordan.

Oman, Mauritania and Sudan have been the other teams to progress from the Arab Cup preliminaries which are being staged in Doha.