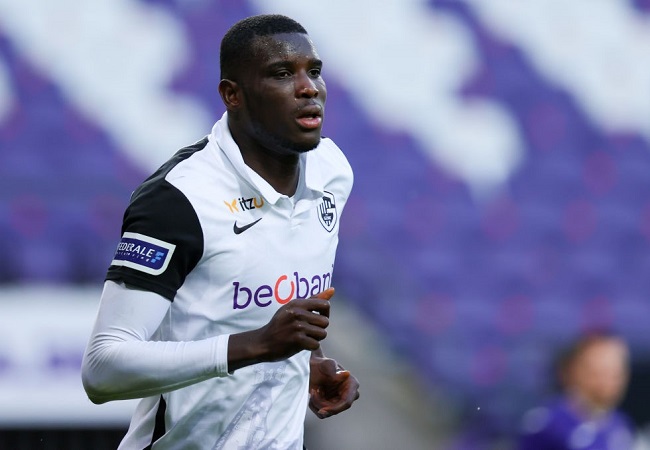 West Ham believe they are leading the race to sign prolific Genk hitman Paul Onuachu. This is according to a report from Own Goal Nigeria.

The Hammers were first linked with a move to sign the 6ft 7in target man a couple of weeks ago. David Moyes has cast his net far and wide in the search for a new striker this summer.

The Scot desperately needs to bring some quality competition and cover for Michail Antonio to the London Stadium.The Hammers are reportedly of the belief that they’re leading the race for the 27-year-old Genk striker’s signature. In case it happens, Onuachu will be a tremendous addition for West Ham.

The Genk hitman was on fire last season racking up 35 goals in 41 games. The 13-capped Nigeria international is an absolute giant. Standing at 6ft 7in tall, Paul Onuachu is understandably an absolute menace in the air.

That aerial ability suits West Ham’s style of play perfectly what with the onus Moyes places upon set-pieces.

The Genk ace has a very impressive career record as well with 124 goals in 263 games to his name. He could be available for around £25 million this summer.

That seems like incredibly good value. And West Ham allegedly believe they are in a great place to make this one happen.