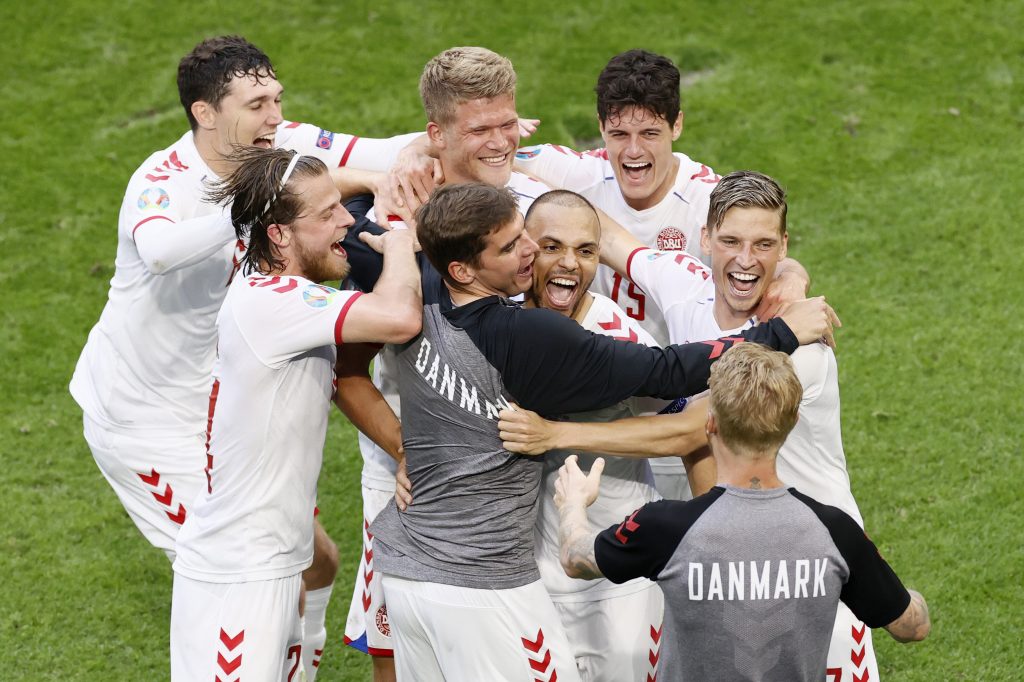 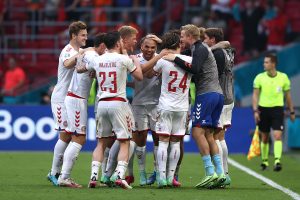 Denmark players celebrates their 4-0 victory against Wales in the Euro 2020-
Photo credit: Euro 2020

Denmark outplayed Wales in a 4-0 victory to reach the quarter final of the Euro 2020 for the for the first time in 17 years.
The Danish side who finished as best losers in their group produced a stunning performance against their Welsh opponent.
Wales started on a positive note with Gareth Bale threatening to give give his side the lead.
Aaron Ramsey also cane close to scoring with a long range shot.

Kasper Dolberg gave Denmark the lead in the 27th minute latching onto a Mikkel Damsgaard split pass before he curled the ball inside the net outside the box.
Dolberg scored his second goal three minutes into the second half pouncing on a Neco Williams’s poor clearance and made no mistake to extend the lead.
He became the first Danish player to score two or more in a match at a major tournament since Nicklas Bendtner against Portugal at EURO 2012.
Wales began to push for a goal but all their counter attack moves was foiled by the rocky Danish defenders marshalled by Chelsea Andrea Christensen.
Wales conceded the third goal in the 88th minute as Joakim Mæhle scored after he cut inside and shot high inside the net.
Barcelona striker,  Martin Braithwaite completed the routing as he  thumped home a stoppage-time goal to make it 4-0.
The Danish side have now equalled their highest total of goals at a EURO finals – they also scored nine in 1984.
They will face Czech Republic or the Netherlands in the quarter-finals.