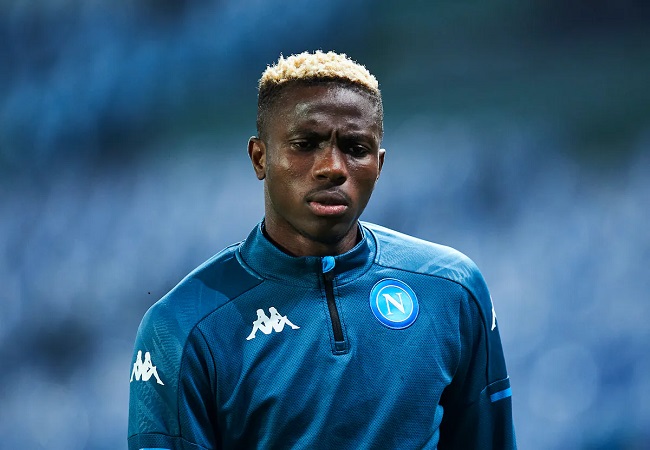 Napoli are poised to extend the contract of Super Eagles striker Victor Osimhen. This new deal will keep the youngster in the club until the summer of 2025.

According to Italian publication Il Corriere del Mezzogiorno as per CasaNapoli, Napoli owner Aurelio De Laurentiis has approved the extension of Osimhen’s contract by a year. And his salary also should be significantly increased. This new contract should include a huge release clause.

Villarreal youngster Samuel Chukwueze, with an estimated market value of €20 million, has a €100 million release clause inserted in his latest contract with the Spanish side.

The report revealed that Napoli hope that all these would discourage Europe’s biggest clubs from nursing an interest in the youngster or force a willing suitor to pay top dollar for his signature.

Osimhen joined Napoli from Lille last summer for a club-record fee, signing a four-year contract that would keep him in Napoli until June 2024 with an annual salary of 4.5 million euros.

The 22-year-old struggled with injuries and the coronavirus infection during the first half of the season. But he bounced back impressively to net seven goals in his last 11 Serie A matches.