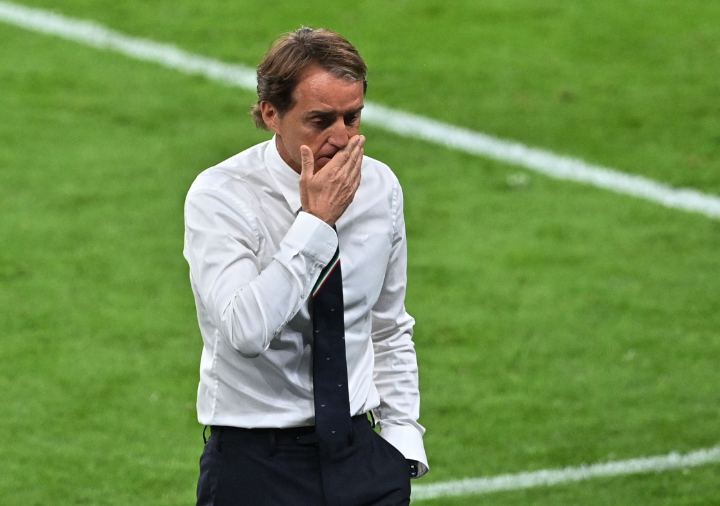 Italy head coach Roberto Mancini has hailed  Matteo Pessina and Federico Chiesa for coming off the bench to win the game for his side.
The Azzurri were stretched to extra time by Austria in the round of 16 game played in Wembley Stadium.
Pessina and Chiesa joined the fray in the 67th and 84th minute as Italy were on the verge of suffering a knockout blow in the second half.
Chiesa broke the deadlock in the 95th minute of extra time before Pessina netted his second of the competition in added time of extra time first half.

Read also: It’s Not Easy To Put That Into Words- Alaba Reacts After Euro Exit

Mancini in his post -match interview stressed how the substitutes proved him right once again, making the difference when it was most needed.
The former Manchester City manager said, “We knew we had to suffer because Austria are the typical side who do not allow to play well.
“The substitutes made the difference for us, but everybody gave their best tonight.
“I’m happy because the lads gave everything to win even when we were tired.”
Italy will play Portugal or Belgium in the quarter-finals.