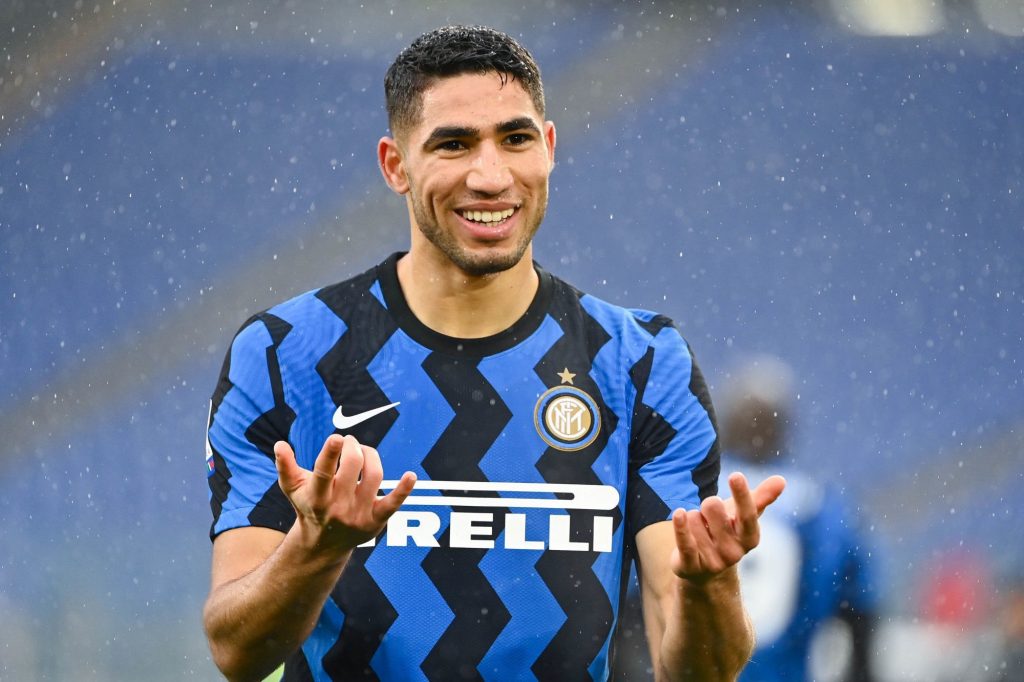 Paris Saint-Germain and Inter Milan have reached an agreement for the signing of Moroccan defender Achraf Hakimi.
Hakimi has been on the radar of PSG following his outstanding performance for the Nerazzurri last season.
Chelsea was interested in landing the defender to Stamford Bridge but never made any official bid.
According to Italian journalist, Fabrizio Romano who specializes on transfer agreement have been reached between both clubs and the player.

Inter Milan is expected to receive €60m + €10m add one for selling the players.
Hakimi is expected to have his medical next week before signing the contract which will last until 2026.
He will be announced alongside Italy and AC Milan goalkeeper Gianluigi Donnarumma.
However, PSG is yet to make any official statement in the signing of Hakimi.