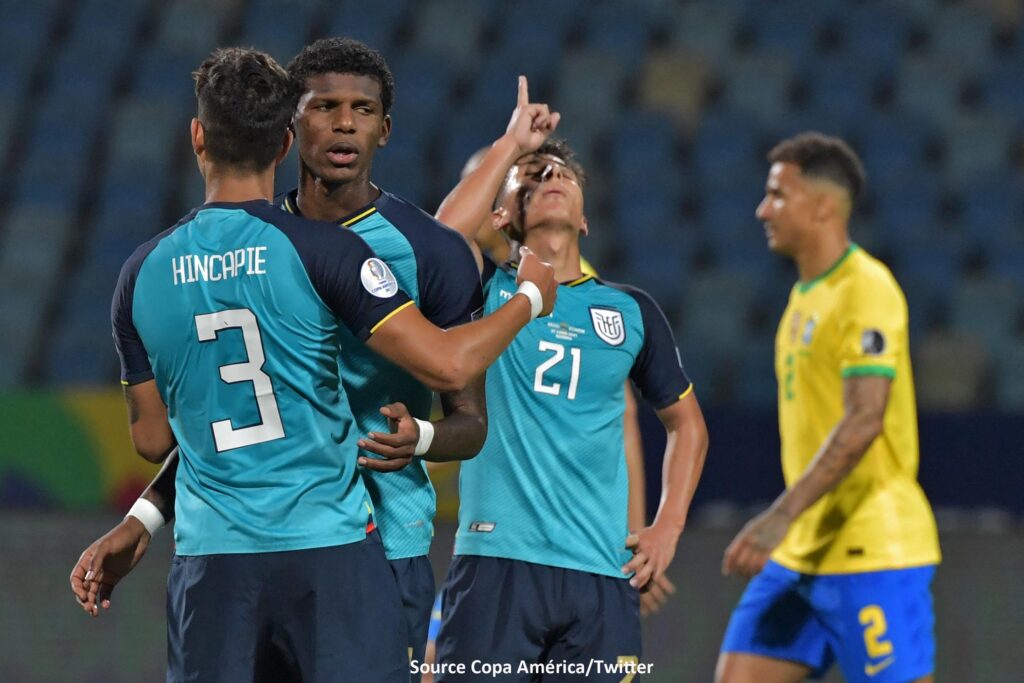 Ecuador held Brazil 1-1 in the Copa America and advanced to the quarter finals of the tournament early this morning in Goiania.

In keenly contested game saw Eder Militao headed Brazil in front in what was his first international goal from a Soare’s set piece.

However, Angel Mena levelled for Ecuador as he riffled home an Enner Valencia’s flick as the result was enough to see Ecuador qualified to the quarter finals.

The draw brought to an end Brazil winning streak having gone ten games without dropping a point since November 2019.

Both teams will bit await the Group A game before knowing their next opponents in the knockout stage.

Only two of the 10 competing teams go out at the group stages.

Monday Group A game will see Bolivia trade tackles with Argentina while Uruguay and Paraguay will lock horns.