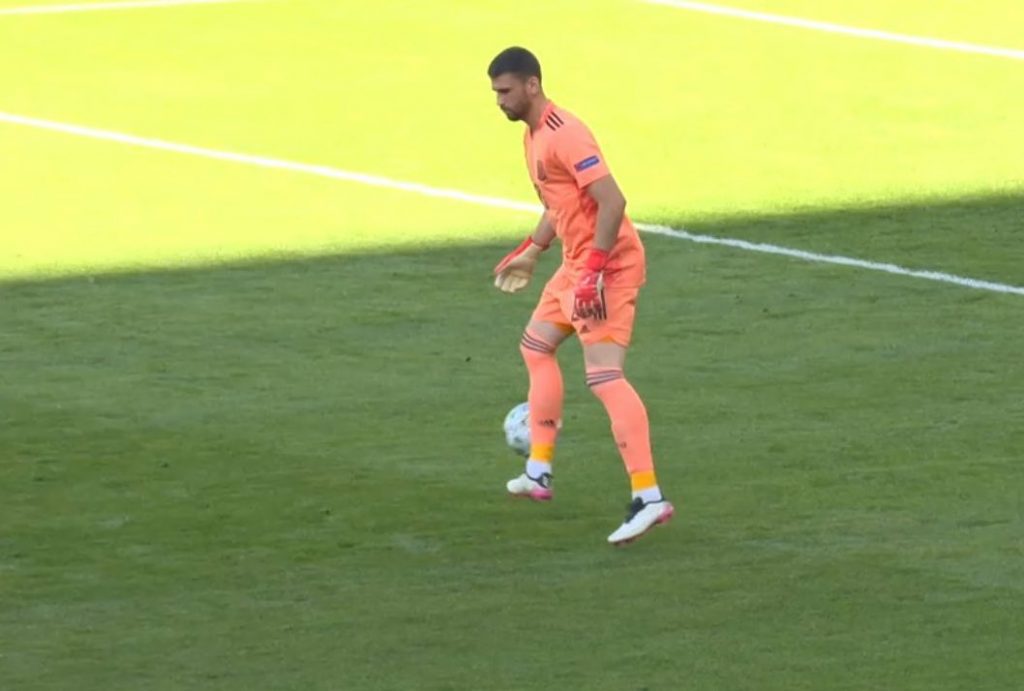 Spain goalkeeper Unai Simon is unable to control a bouncing pass from Pedri Gonzalez and Croatia take the lead without even a short on target.

The Spanish side was controlling the game until their glovesman Unai Simon make this glaring mistake.

He missed concentration on a non-dangerous ball given to him by Barcelona’s youngster Pedri and helped Croatia in openeing the deadlock.

According to Opta, Simon is also at club level, the player who has been involved the most on own goals last season among top 5 European Leagues as his mistakes led to five goals.

The one against Croatia becomes the 9th own goal of the tournament. That is as much as from 1960 to 2016. UEFA has later attributed the own goal to Pedri and not Simon.

However, Spain equalized through PSG star Pablo Sarabia before the half-time.