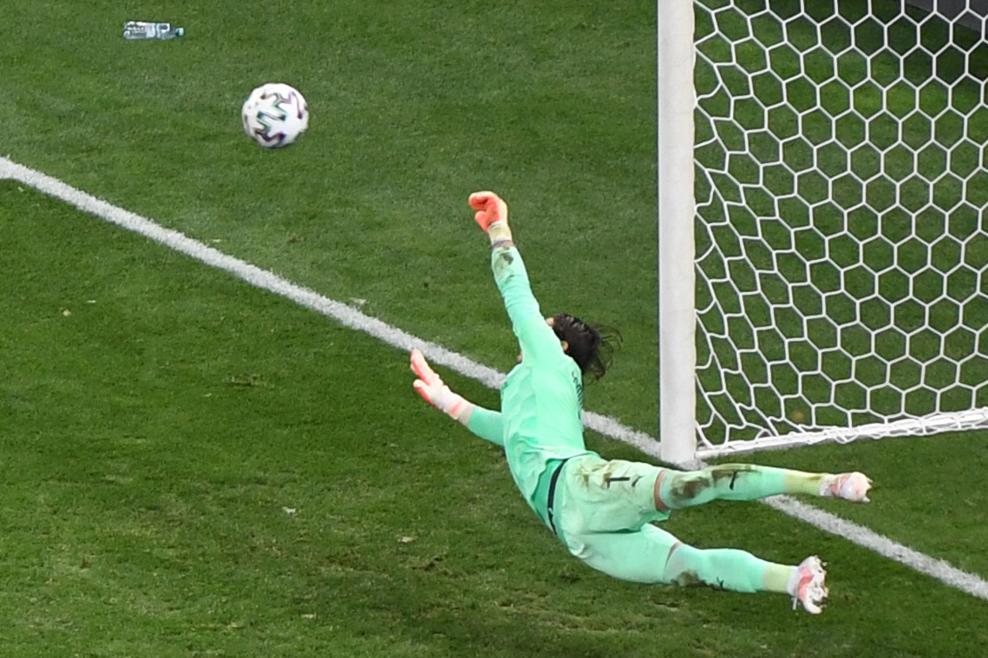 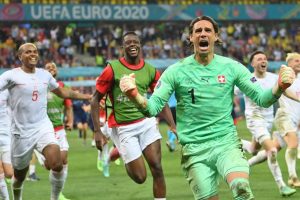 Switzerland goalkeeper Yann Sommer  was the hero for his side as they  stunned France 5-4 on penalty to reach the quarter-final of the Euro 2020 for the first time 67 years.

Sommer who was outstanding during the game guessed right and parried Kylian Mbappe’s spot kick to send his team int the quarter final.
The Swiss produced another shocker in the tournament coming back from two goals down to win on penalties.
With bookmakers giving the odds to France, it was another shocker of what occurred on Sunday when the Czech Republic defeated the Netherlands.

Read Also: Spain boot Croatia out of Euro 2020 in a eight-goal thriller

Switzerland showed courage, resilience, and strength from the beginning of the game and their effort was rewarded in the 15th minute through Haris Seferovic.
They could have doubled their lead in the 55th minute when a penalty was awarded against France and Hugo Lloris denied Ricardo Rodriguez the chance to extend the lead.
France took advantage of Rodriguez’s missed penalty as Karim Benzema equalized in the 57th minute.
Two minutes later, Benzema completed the come back for the Los Bleus as he netted his brace the day.
Paul Pogba extended the lead as he curled in the third to give France a two goals cushion.
The 2018 World Cup champions thought it was the end of the game and we’re on the verge of celebrating when Seferovic pulled one back for Switzerland.
France was held in the jugular when Mario Gavranovic equalized in stoppage time to spark the game back to life.
The game extended to extra time as both team failed to score in both half of the extra time before it was decided by pot kick.
Kylian Mbappe failed to convert his penalty kick as Switzerland goalkeeper Yann Somner saved the penalty and became the hero of the game.
France have now failed to reach the quarter-final stage of a major tournament (Euros/World Cup) for the first time since the 2010 World Cup.