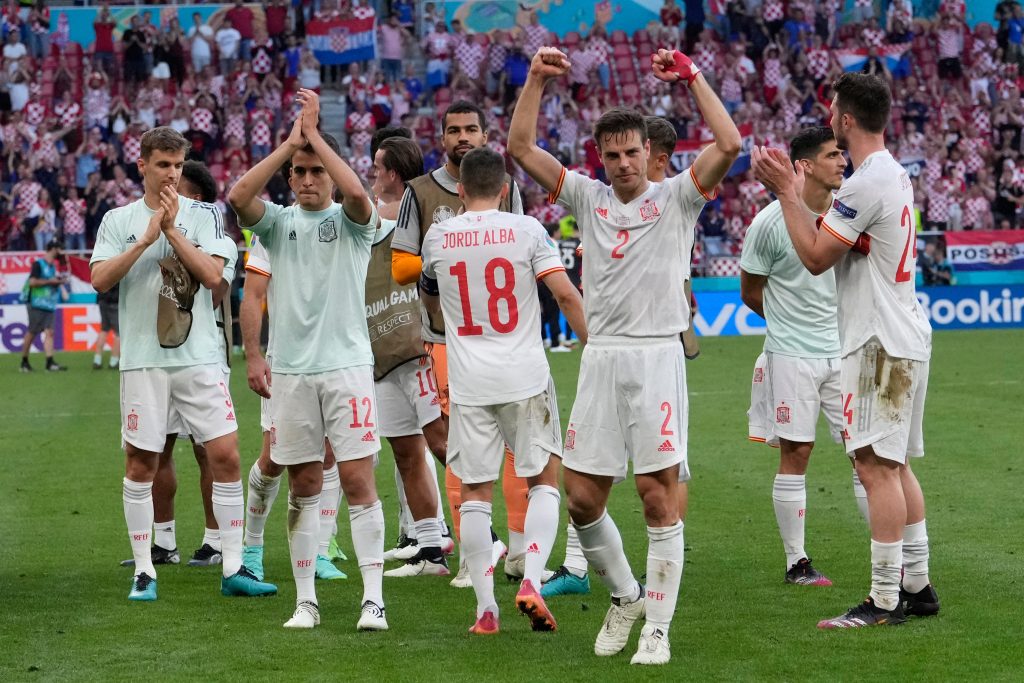 Spain and Croatia have just put down the game of Euro 2020 tournament with eight goals scored before Luis Enrique’s side take the lead in extra time (3-5).

Spain have yet started the game well but a nightmare mistake from their goalkeeper Unai Simon gave the lead for Croatia in the 20th minute.

Pablo Sarabia equalized for La Roja who were making a high pressing after he benefited a ball in the penalty area to bring his side level.

Read :Chelsea captain Cesar Azpilicueta made it 3 for Spain in the 57th minute through a strong header as he scored his first ever national team goal after 27 appearances.

Ferran Torres could not stand apart from the spectacle and scored his goal as well as he stunned Croatia’s defence to beat Croatia stickman (75th).

However, the 2018 Russia World Cup runners-up did not give up as Mislav Orsic gave hope by reducing the scoreline (85th) as he strengthened Mario Pasalic who followed his footsteps in the additional time (90+2).

But, a collectively solid and impressive Spain team took the lead again through the highly-criticized Alvaro Morata (100th).

Mikel Oyarzabal scored the fifth goal for Spain as they seal qualification for the quarterfinals where they will play against the winner of France vs Switzerland tie.