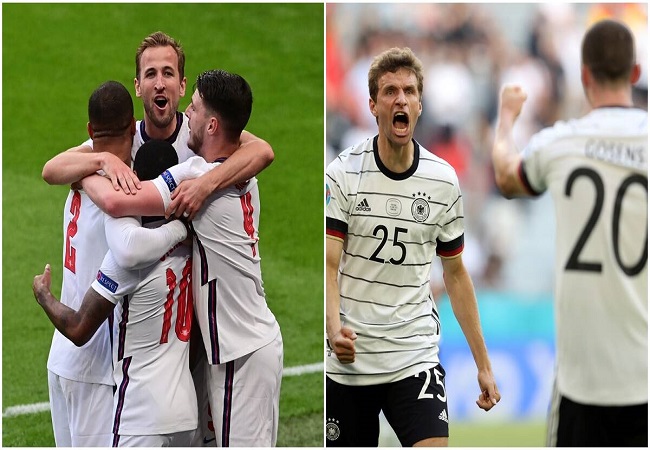 England face Germany in the last 16 of Euro 2020 on Tuesday evening. The two old rivals are set to meet for the first time in a competitive game since the 2010 World Cup with a place in the tournament quarter-finals the prize.

England topped Group D after opening with a win over Croatia before an underwhelming draw with Scotland in their second outing. The Three Lions then secured top spot with the win over Czech Republic in the final group stage game.

Germany ended second in the dangerous Group F behind France but ahead of Portugal. They lost to the world champions first up before thrashing Portugal in Munich. They twice went behind against group minnows Hungary before a late Leon Goretzka goal finally earned a draw and passage to the knockout phase.

Gareth Southgate’s side have impressed in flashes. But they have struggled for consistency with Raheem Sterling scoring the only two goals of the tournament so far and skipper Harry Kane yet to fire. However, they are the only team at the competition yet to concede a goal. And they will hope that defensive stability stands them in good stead against a German side who have shown plenty of attacking threat of their own.