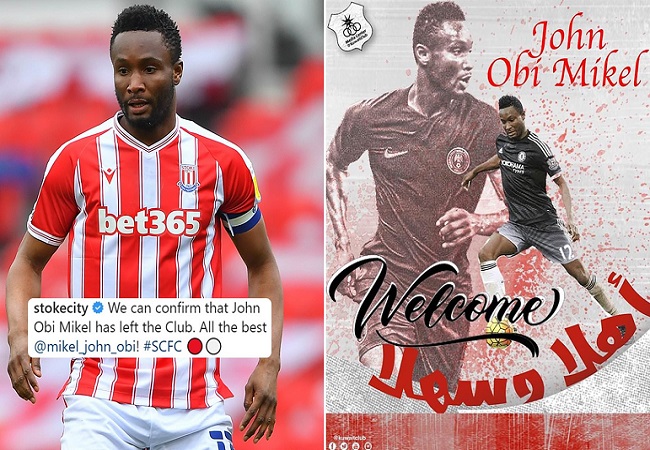 The Kuwaiti Premier League club announced the signing of the experienced central midfielder from Stoke on Thursday.

Nicknamed the Brigadiers, Kuwait revealed that Mikel has signed a one-year contract that will keep him at the club for the 2021/22 campaign.

“I am very happy to sign for Kuwait SC. I thank the President of Kuwait SC for the trust that he has given to me to come to Kuwait.” Mikel said in a video posted on Kuwaiti’s official Twitter page.

“I promise to be on my best level to help the team to make sure that together as a team we can achieve a great season next year. And hopefully, we can be successful.”

The 34-year-old player’s transfer to Kuwait has come as a surprise. Because the Potters announced that they have activated their option to hand the former Chelsea FC star a contract extension.

Mikel was a key player for Michael O’Neill’s side featuring in 41 appearances across all competitions.

He scored six goals in 91 matches for Nigeria before retiring from international football in 2019.