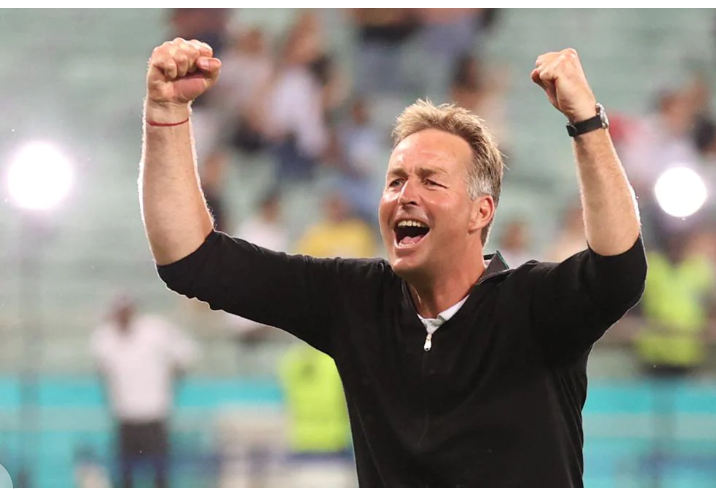 Denmark head coach Kasper Hjulmand has described their Euro 2020 quarter final victory against Czech Republic as magical.
Denmark reached the semi-finals of the Euro 2020 for the first time in 29 years following a 2-1 win against Czech Republic at Baku Stadium, the longest gap in semi appearances in the competition’s history.
Thomas Delaney scored the opening goal before Kasper Dolberg doubled Denmark just before the half-time whistle loomed.

Patrik Schick pulled one back for the Czech Republic as he guided in from Vladimír Coufal’s neat cross to become only the ninth player to net five times in a EURO final tournament.
Hjulmand while speaking to euro2020.com said his team gave all in the game even when ‘batteries were almost empty.
“It’s magical. The first thing I showed the boys when we met was a picture of Wembley, when we were there in the autumn.
“I said that we were going to come back.
“It was like we were playing in a Danish stadium because our dedicated fans came to support us in Baku. We’re deeply thankful.”
“It wasn’t pretty today, but there was fight and a fantastic keeper.
“The batteries were almost empty, but to reach a UEFA EURO semi-final is huge.”