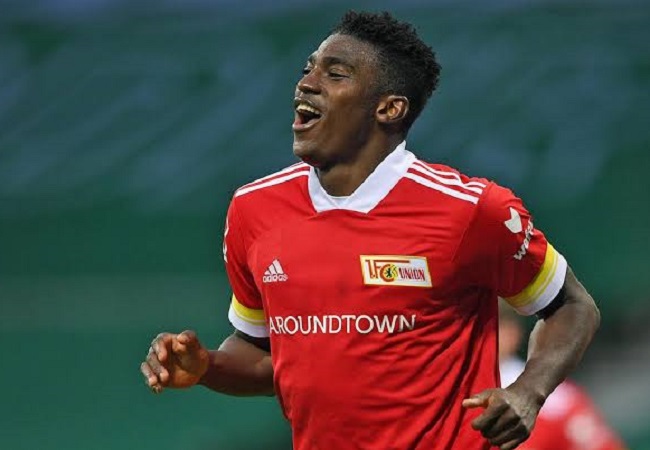 That’s clear after the Reds rejected another loan offer for the Nigerian. Bundesliga side Mainz 05 – who have had Awoniyi on loan before – wanted to secure a temporary deal once again.

Liverpool said no. However, it appears Awoniyi will leave the club permanently. That’s despite never actually being a part of a matchday squad for the club.

Awoniyi has been on the Liverpool books since 2015. Work permit issues have meant he’s never had clearance to play for the club, though.

The result of that was a series of loans. Awoniyi has been at six different clubs away from Liverpool across four different leagues. He’s never had a settled time anywhere.

But it seems that’s finally on its way for the 23-year-old. Liverpool hope to sell him for £8m and several clubs have interest.One actually made a bid – Anderlecht. They offered around £4m to sign Awoniyi. But the Reds said no. It’s going to be £8m or nothing.

What makes things much easier for Liverpool is that Awoniyi finally secured a work permit this summer. He can officially play in English football. Meaning several clubs have eyes on him.

On top of that, Awoniyi would like to remain in England or move back to Germany, where he’s been on loan for two years. With such rich clubs looking at the player, it does seem likely that one of them pays £8m.

And it’s hard to complain about £8m for a player you’ve literally never used. If Liverpool pull that off, they’ve done remarkable well in a difficult situation.