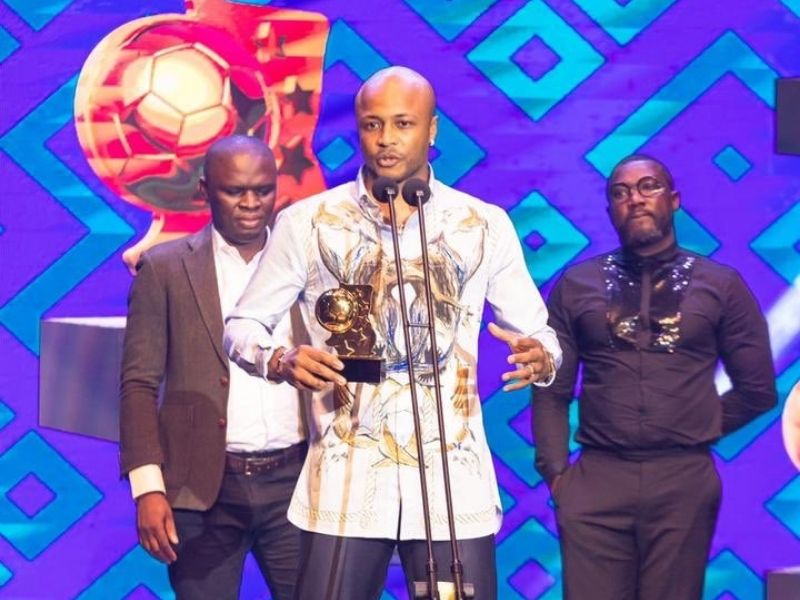 Ex-Swansea City forward Andre Ayew wins big during the Ghana Football Awards on Saturday night as the 31-year-old is handed the Footballer of the Year trophy.

The former Olympique de Marseille scored 17 goals and provided 4 assists in the league to help Swansea make it through to the Premier League promotion play-offs.

However, despite his goal, Swansea City lost in aggregate to Brentford (1-2) in the two-legged playoffs.

Additionally, Andre Ayew has been instrumental in Ghana Black Stars’ qualifications to the AFCON 2021 finals to be played next year in Cameroon from January.

Ayew beat Great Olympics captain Gladson Awako and Ajax attacker Kudus Mohammed to the title and succeeds to Thomas Partey who was the winner in the last two years.