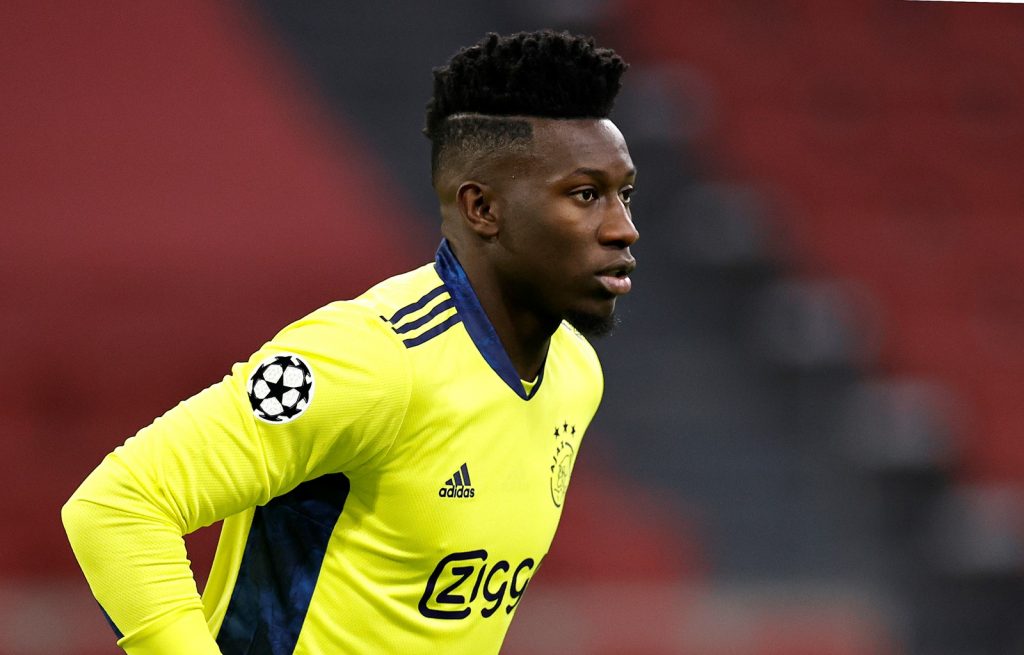 Arsenal are no longer the only one looking forward to acquiring the services of Ajax Amsterdam goalkeeper Andre Onana.

According to famous French media L’Equipe, Ligue 1 side Lyon are the newcomers in the race to sign the 25-year-old goalkeeper.

Rumors are emerging since his UEFA ban has been shortened suggesting he would be interested in leaving the Dutch outfit next season.

The Serie A Champions have made some inquiries about his current situation but are yet to tabled an offer.

Now, the aforementioned source revealed that newly appointed Lyon Coach Peter Bosz who was Andre Onana’s coach at Ajax is planning to bring him to the French top-flight.

It is also reported that Ajax Amsterdam official are listening to offers which could even be as little as €8 million as they can see him go for free next summer when his contract will expire.

Some weeks ago, Andre Onana said he appreciate Nigerian goalkeeper Maduka Okoye who is playing for Sparta Rotterdam in the Eredivisie and said he could be his successor at Ajax.