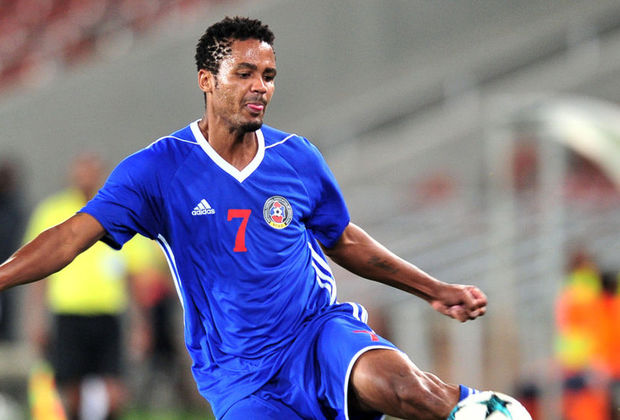 Eswatini forward Felix Badenhorst is now among Cosafa Cup’s all-time leading scorers after netting once in the 3-1 win over Lesotho on Tuesday afternoon.

Badenhorst put Eswatini ahead in the 42nd minute before Khethokuhle and Khutlang added the second and third goals in the 57th minutes respectively.

Mamba pulled one back for Lesotho in this Group A match played at Nelson Mandela Bay in Port Elizabeth, South Africa.

During the game, Lesotho suffered a setback when Jane Tsabantso was shown a red card for commiting a punishable offence.

Malawian Gabadinho Mhango of Orlando Pirates is among the competition’s leading scorers’ list with five goals followed by the likes of Akwa of Angola (four goals).

In a late kick off, Botswana were taking on hosts South Africa’s Bafana Bafana at the same venue.