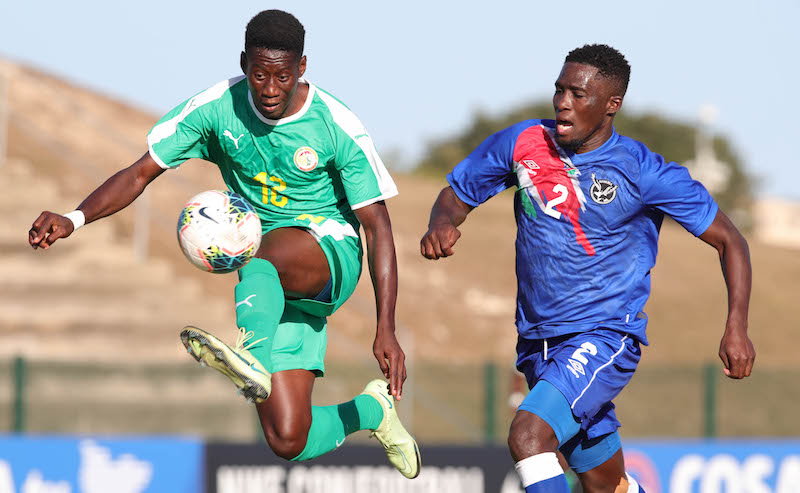 Marcel Papama gave the 2015 Cosafa Cup champions the start they had hoped for in this Group B match.

He scored after profiting from some weak Senegal defending at Isaac Wolfson Stadium.

The Teranga Lions responded instantly when they scored through lively winger Lamine Diene who placed his angled shot into the net.

However, the Namibians were not done they restored their advantage when striker Elmo Kambindu headed into the net after making the most of Aprocious Petrus’ cross.

The Brave Warriors lead the group on three points ahead of Zimbabwe and Mozambique who have one point each after having played out to a goalless draw earlier in the day.

Senegal find themselves in an unfamiliar position lying bottom of the group.

Senegal coach Joseph Koto is without their star players such as forward Sadio Mane and midfielder Idrissa Gueye at the tournament.

Senegal came with strong reputation to the Southern Africa competition.

The Teranga Lions are champions for Wafu, a comptetion for the West African zone.