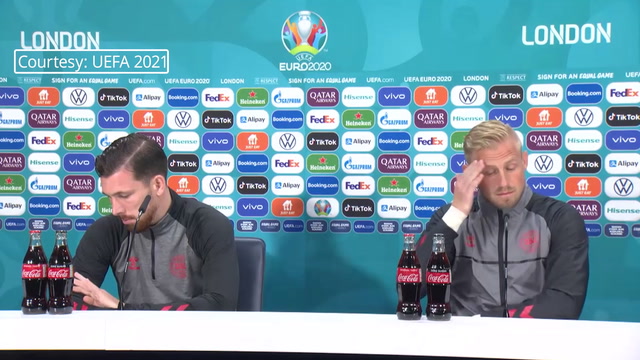 The iconic Wembley Stadium is expected to shake to its foundation as England and Denmark battle for the right to face Italy in the Euro 2020 final.

England saw off Ukraine 4-0 to qualify for the semi-finals whereas Italy beat inspired Spain on post-match penalties after a 1-1 tie in regulation time.

Manager Gareth Southgate has riches of talent at disposal with in-form Harry Kane and Raheem Sterling on three goals each and chasing the Golden Boot Award.

The Danes too have come a long way overcoming the loss of Christian Eriksen after he suffered from a cardiac arrest on the pitch before putting their campaign back on track.

Some 60,000 fans are expected to fill Wembley to its brim hoping to rally on the Three Lions in this semifinal clash against the Danes.

Most English fans believe the trophy is truly ‘coming home’ this time around.