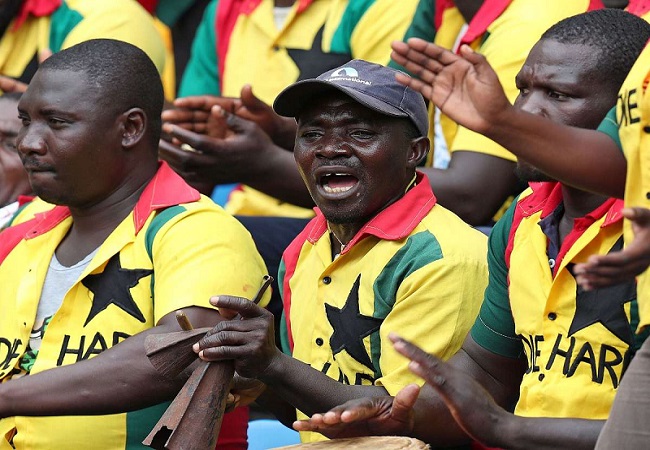 In an interview with Joy FM, Andre Ayew admitted fans get angry by their performance. He however believes deep down, the love for the Black Stars exists.

“I believe deep inside me that every single Ghanaian loves the Black Stars.” Ayew told Accra-based Joy FM.

“You can love your wife and be angry. And I think that is the relationship between the Black Stars and the Ghanaians. The feeling I am having is that they are waiting for us to give them something to spark. I feel it is starting to come.” He added.

The Black Stars have qualified for the Africa Cup of Nations in Cameroon next year. And there is huge pressure on them to end Ghana’s 39-year wait for a major silverware.

Having flattered to deceive in recent competitions, a lot of Ghanaian have no confidence in the team. And they have been critical of the monies spent on the Black Stars without success. However, the 31-year-old has called on fans of the Black Stars to support them as they aim to end the West African powerhouse’s trophy drought.

“We will need the support from our nation. We cannot sit here and tell them we will win or they should bet we will win [the AFCON]. But we need to feel they are behind us.” Ayew continued on Joy FM.

“That is something we have to earn. And I believe we have started on the right track by qualifying for the AFCON. And if we give them a good run in the World Cup qualifiers, the belief and confidence will be higher than it is currently.” Ended the captain.

The Black Stars will start their quest for another World Cup appearance in October when the qualifiers begin.