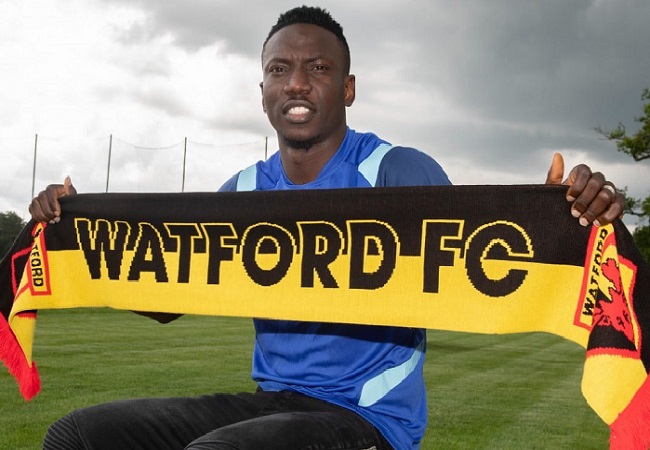 Watford have officially confirmed, stating via their official website on Friday afternoon that Peter Etebo has joined the club. The Nigerian midfielder signed a season-long loan from Stoke City, with an option to buy.

This is Etebo’s third loan spell away from the bet365 Stadium since joining the Potters in the summer of 2018, having previously had loan stints at Getafe and Galatasaray.

He represented the Turkish giants in last season’s Europa League qualifiers. He made appearances against HNK Hajduk Split and Glasgow Rangers.

An Olympics bronze medalist with the Dream Team VI in 2016, Etebo spent his formative years as a footballer with the youth team of Lord Honour FC before switching to Warri Wolves.

His first foreign club in Europe was Portuguese side Feirense, from where he moved to Stoke City after a loan spell at Las Palmas.

Etebo has two years left on his contract with Stoke City. And he has recorded 51 appearances for the club, scoring two goals.