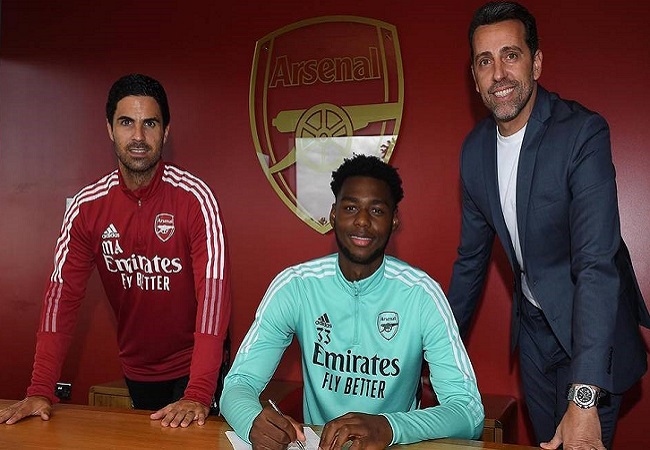 Arsenal have captured one of their highly-rated youth players Arthur Okonkwo for a new long-term contract. And the Gunners have promoted the Nigeria-eligible goalkeeper to the first team ahead of the new season.

Okonkwo started his career with the club’s U-9 before making the grade to the club’s U-18 and U-23 youth teams.

Although he is yet to feature for the Gunners first team, he trained with the squad last season. And he even travelled with the team on some match days.

And as a result, the Gunners have taken the step to promote him to the first team as their third-choice goalkeeper.

The youngster is delighted after signing his deal. And he expressed his hope to be the Gunners first-choice goalkeeper in the future.

Okonkwo was born in England. And he has represented the Three Lions at the youth level. However, he’s still eligible to play for the through his parents.