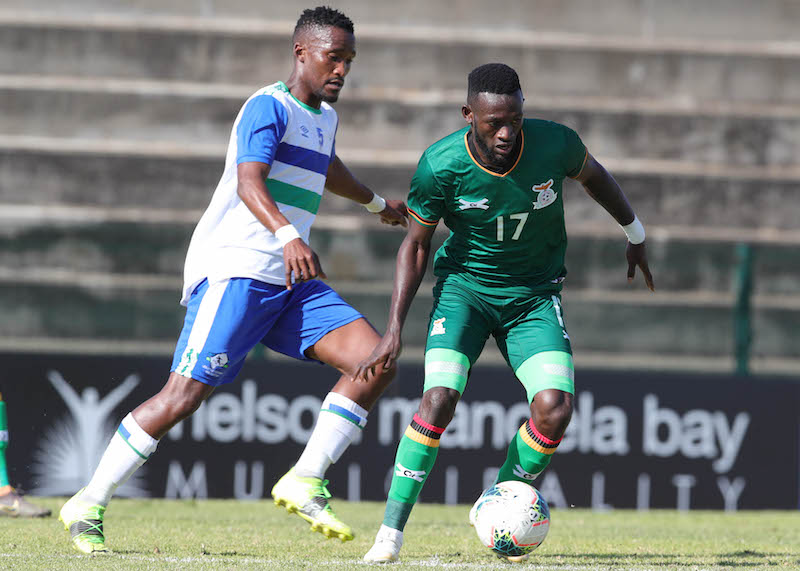 Zambia are in the danger of failing to defend the Cosafa Cup after losing 1-0 to Eswatini on Saturday afternoon.

It was the Chipolopolo’s second second consecutive loss at the ongoing tournament in South Africa.

The Chipolopolo succumbed to Sandile Gamedze’s 53rd minute goal from a corner-kick at Isaac Wolfson Stadium.

The loss leaves the holders winless, having also started the Group A campaign with a 1-2 defeat to Lesotho earlier in the week.

Zambia anchor Group A without a point from two games whereas Eswatini have gone top having accumulated six points at par with Bafana Bafana.

Botswana’s Zebras occupy third place on three points from two games having recovered from a 1-0 loss to South Africa to thrash Lesotho 4-0 in a lunchtime kick-off on Saturday afternoon at the same venue.

The games continue with the likes of Malawi facing Mozambique on Sunday.

Only top two teams from each group will sail through to the semifinals of the tournament that has 10 teams divided into two group of five each.

The tournament ends on July 18.