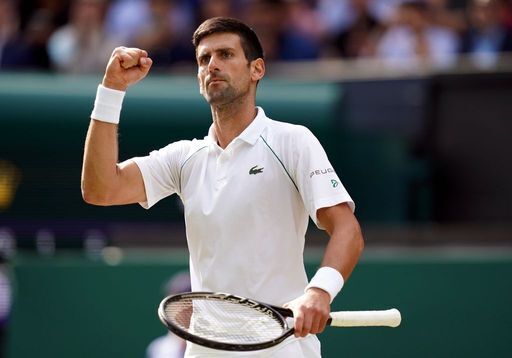 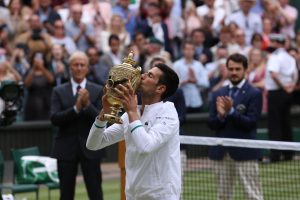 Novak Djokovic produced a stunning performance to beat Matteo Berrettini in the Wimbledon final on Sunday to win his 20th Grand Slam title and draw equal record with Roger Federer and Rafael Nadal.
The ATP No. 1 defeated his Italian opponent 6-7,6-4,6-4,6-4 at the Centre Court.
The Serb becomes the first man to win the first three majors of a calendar year since Rod Laver in 1969.
Djokovic also cleared another hurdle in his quest to complete a sweep of all four majors plus Olympic gold in a single calendar year, known as a Golden Slam.

He will now turn his focus to Tokyo for the Olympic Games, where he will represent Serbia and try to improve on his bronze medal from 2008.

Later this summer, the major hunt will resume in New York for the the US Open.