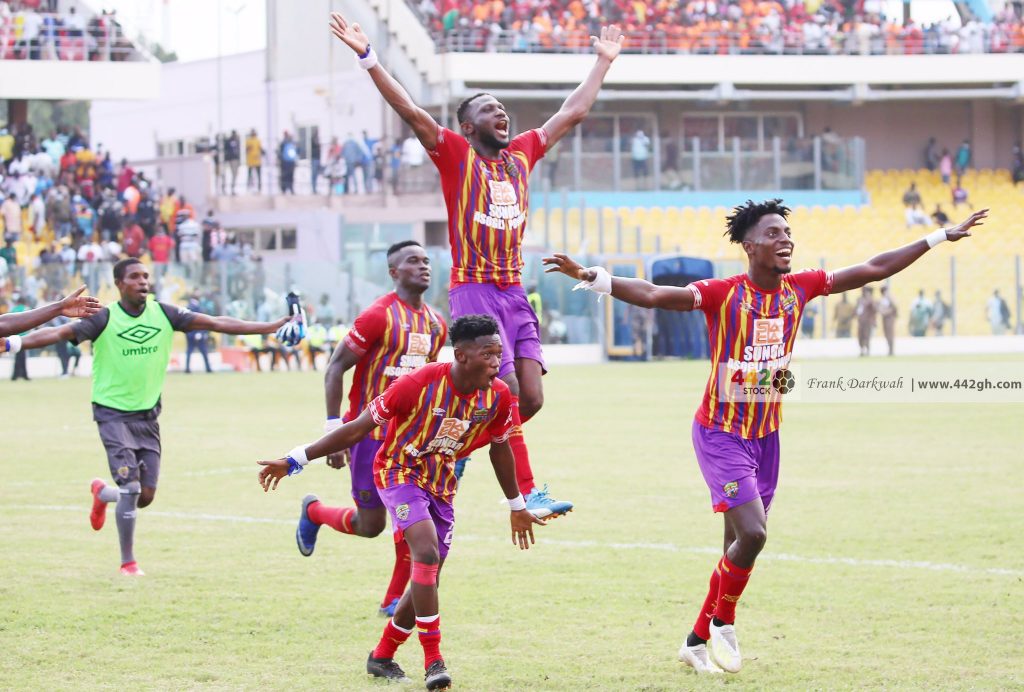 Hearts of Oak are the champions of 2020/21 Ghana Premier League season. Phobians clinched the highly-coveted title following their 1-1 draw against Liberty Professionals on Sunday afternoon.

The Accra-based outfit’s crowing has been propelled by their rivals Asante Kotoko who lost to Bechem United 2-1 in an away game.

Ghana U-20 captain Daniel Afriyie Barnieh was the one to opened the scoring for his side, but Liberty Professionals came from behind to equalized in the dying minutes of the game.

Hearts Of Oak have then won their first ever Ghana Premier League title in 12 years as they have four points on top of the league table.

Phobians will represent Ghana in the next CAF Champions League.

They are also in contention for the FA Cup title as they advanced to quarter-finals in midweek following their short win (1-0) over Young Wise.