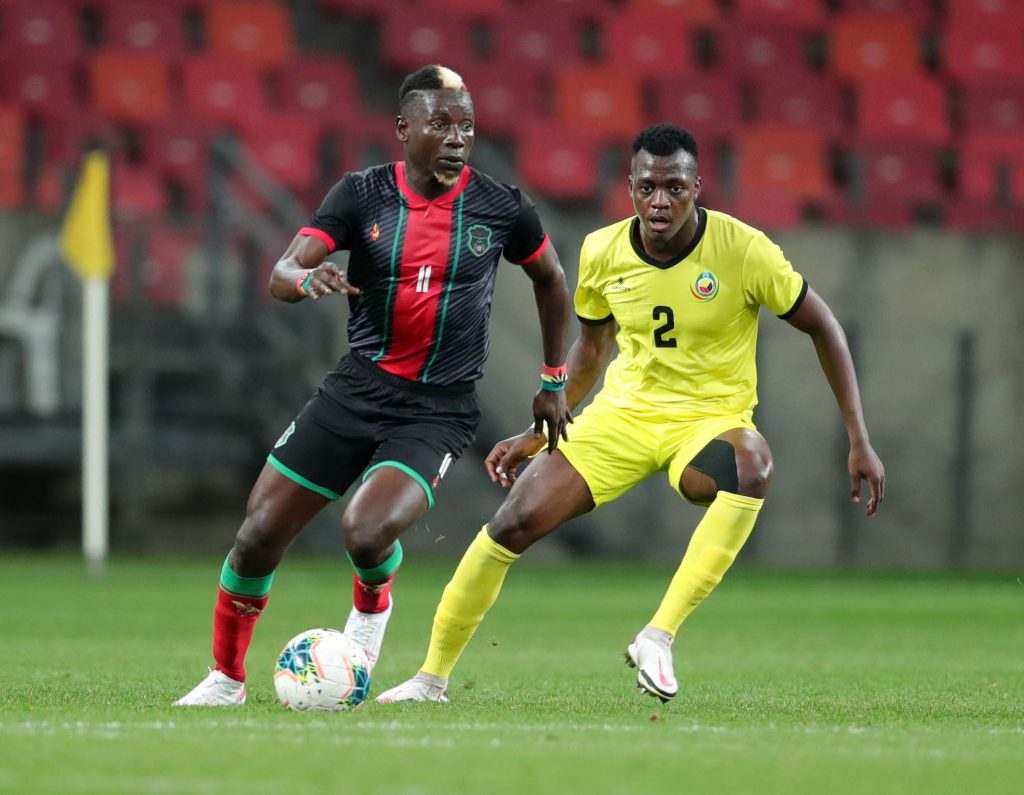 Mozambique’s Mambas registered their first win of the ongoing Cosafa Cup when they overpowered Malawi’s Flames 2-0 on Sunday evening in South Africa.

Victor Junior and Francisco Simbine scored in the 55th and 68th minutes to put out the Flames and move to second place of Group B on four points from three games whereas Malawi are bottom with one point from two games.

The first-half had ended goalless at Isaac Wolfson Stadium, before exploding to full life in the final phase.

Malawi coach Meck Mwase had made one change to the starting XI that drew 2-2 with Zimbabwe on Friday.

In the first-half, the Flames were unable to control things in the midfield and relied on long range attempts from Chikoti Chirwa, Khuda Muyaba and Schumacher Kuwali.

For Mozambique, they looked dangerous on the break and they had Danilo’s effort ruled out for offside.

In the second-half, Malawi made a change Taonga Chimodzi replaced Chirwa who had picked a yellow card in the first-half.

The Flames defence was finally breached when Victor scored from the penalty spot in the 55th minute after Chembezi Denis was adjudged to have handled the ball while attempting to clear a low ball side-by-side with Fodya on the floor.

However, it was Mozambique who added the second goal with Simbine heading the ball into the net from a free-kick after Kakhobwe had missed the flight of the ball and Malawi defenders reacted late to the danger.

Malawi kept probing in search for a goal but they played too deep and lacked ideas to penetrate the defence of the Mambas who held on to win the game.

In a post-match interview, Mwase told SuperSport TV that suspect officiation contributed to the defeat.

“I normally don’t talk about referees but today they were harsh on us,” he said.

In an another match for the group played earlier at the same venue, Namibia beat Zimbabwe 2-0 to remain top with six points.