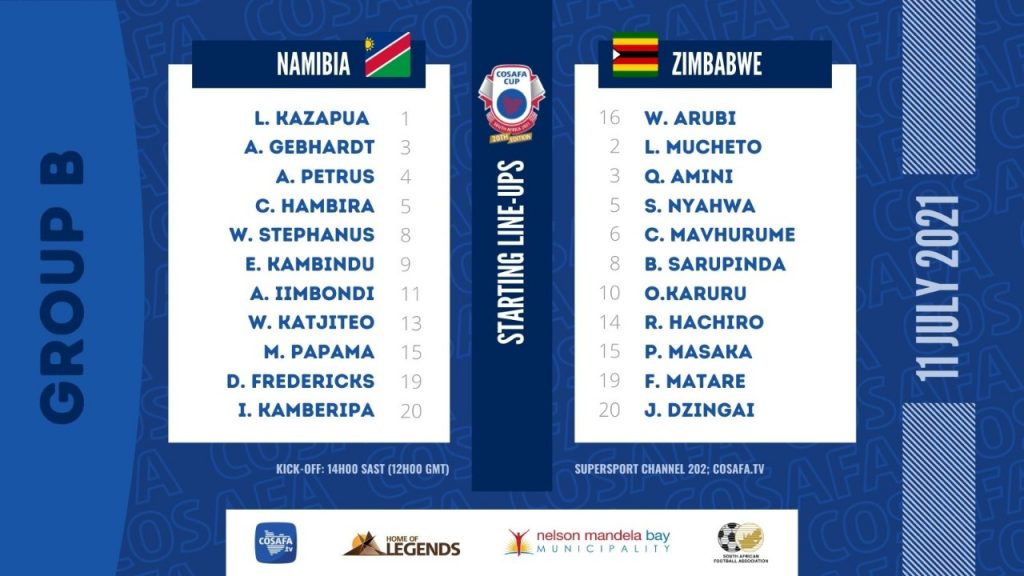 Namibia host Zimbabwe at Isaac Wolfson Stadium in a Group B match of the Cosafa Cup this afternoon in South Africa.

Zimbabwe coach Zdravko Logarusic has made one change to the squad that held Malawi to a two-all draw on Thursday.

The coach has dropped Macclive Phiri to the bench while Nyahwa has the nod in the starting line up.

On the other hand, Namibia coach Bobby Samaria has stuck to most players who featured in the recent 2-1 win over Senegal.

The Brave Warriors squad include Marcel Papama who scored in the win over Senegal.

Namibia lead the five-member table with three points from one game followed by Senegal on three points earned from two matches.

The rest of the teams, including the Warriors of Zimbabwe, are on one point apiece.

In the other match, Malawi and Mozambique have a chance to take leadership of the group when the neighbours clash later in the day.