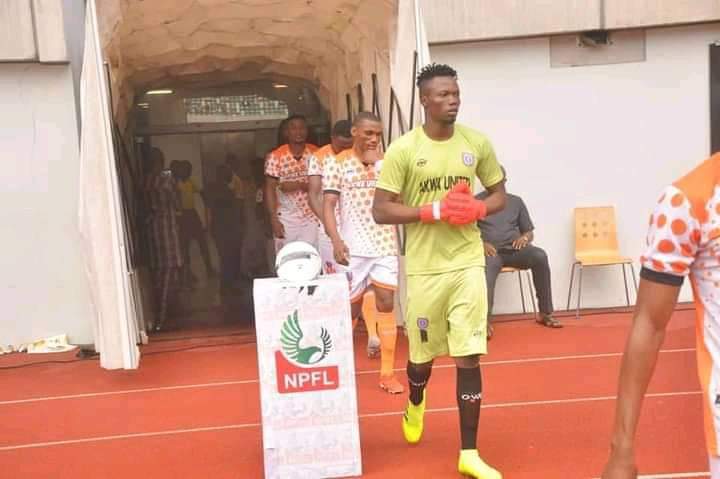 Akwa United defeated Enyimba by a lone goal to boost their chance of winning the Nigeria Professional Football League(NPFL) title.

A last gasp spot kick by Charles Atshimene saw the Promise Keepers clinched the points on Matchday 32 of the NPFL.

The victory saw Akwa United remain atop of the NPFL table with 60 points from 33 games.

In other NPFL Matchday 32 games played, Nasarawa United suffered a 2-1 loss to FC IfeanyiUbah at Nnewi.

Sunshine Stars are save from the bottom following their 1-0 victory over Kano Pillars in Akure.

Sadeeq Yusuf goal in the 3rd minute was all Sunshine Stars needed to restore their hope of survival.

Pillars dropped to fourth position on the table.

Rivers United rallied back from a goal down to submerge Warri Wolves at the Adokiye Amesimeka Stadium in Port Harcourt.

Warri Wolves took the lead through Emmanuel Ihuezuo two minutes of the first half.

However, Godwin Aguda brace in the 22nd and 60th minute gave Rivers United the points as Warri Wolves plunged deeper into the relegation Waterloo.

At the Nnamdi Azikwe Stadium, Rangers edged out Wikki Tourists 2-1.

Ernest Governor scored an own goal four minutes before the break for the visitors’ only goal of the game.

Jide Fatokun gave Kwara United the lead in the 2nd minute, while Paul Samson and Chukwuemeka Obioma were on target for the hosts.

The game between MFM and Katsina United ended in a 0-0 draw.